Do The Stomp from The Snowdroppers

The second single from The Snowdroppers album Too Late To Pray is another well-written and produced number from The ‘Droppers (I’ve opted for that, instead of “The Snowies”), who have continued their rise to power in the local scene since the album release in 2009.

Directed by the bands managers Craig Ridgwell and Russall Beattie, the style of the clip for ‘Do The Stomp’ is reminiscent of the Blues Brothers scene where they play behind chicken wire and are violently attacked with bottles from the crowd, which hopefully won’t encourage the crowd to re-enact this at live gigs, in a disastrous example of life imitating art (i.e Lisa Mitchell being showered in coins when she sings “do you have a dollar?”)..

Despite the safety concerns, the clip looks fantastic and definitely captures the bands live energy, and… interesting fans. Drawing so heavily on past musical and visual aesthetics gives The ‘Droppers a more refined sense of authenticity within the scene they are developing around them (old school feel, with cool tatt’s and alternate appeal). A credit to the crew at Difrnt Music and their management for giving the boys a solid push in the right direction, should be an interesting year no doubt! 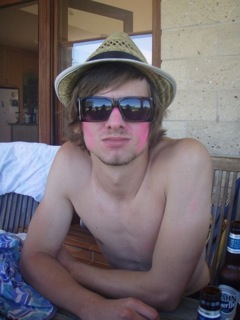 It’s soo hot. I don’t know if i’ll have the energy to make it through this post without a nap.. But we’ll see… Introducing… *drum roll….. Mr. Matt Amery!

Fledgling troubadour from Sydney writing some great folk inspired tunes. Vocal delivery is reminiscent of a young Paul Kelly, with some sweet harmonies and a knack for coining some great lyrics.

This first single ‘The Boat’ is a track which appears on the upcoming Macquarie University compilation – ‘Universe/City’ (also features Boy&Bear, Bird Automatic, Endusk, Made in Japan) being released in Feb. This version of the song features a fairly stripped back arrangement, but includes a bonus Mandolin solo! For no extra charge!…

Keep an eye out for Matt Amery, and the Mac compilation.
Swim time. Peace. 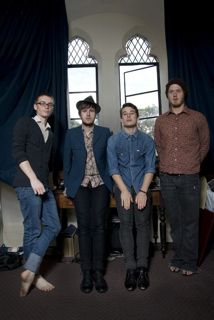 MEXICAN MAVIS on the loose! 4 Sydney lads with some seriously great harmonies, cheeky grins, and an unassuming confidence that can only come from knowing – you got it goin’ on. They’ve also just picked up a spot on the HOMEBAKE line up along with some high rotation Triple J support!

See them in all their harmonized glory on their upcoming ‘Slightly Mexican Tour’ –
6th Nov Troubadour, Brissy
12th Nov Brass Monkey, Sydney
After seeing their packed show at Spectrum last week, I assure you you’re in for a great night. Check the myspace for more dates. 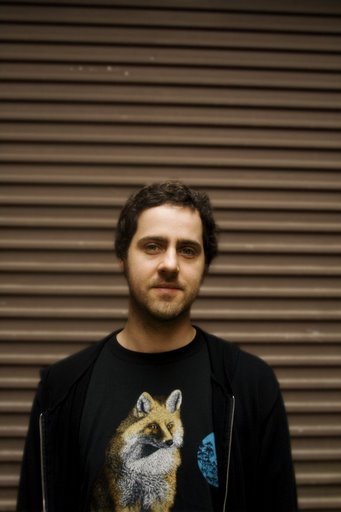 Title track taken from the new album by Sydney’s organic techno master – Jamie Lloyd. ‘Beware of the Light’ begins with a swinging electro feel, highly prone to induce dancing/ head nodding, while he casually introduces more layers to keep things interesting. Jamie’s vocal delivery is multi-layered in itself, with harmonies throughout which give a really cool and unique vocal quality, reminiscent of D’Angelo and Jamie Lidell. But just when u think you’ve got the track figured out, he switches back into a straight beat to finish the track with some wonky ass bass. Check it owt if ya dig left field disko, or just like to nod in a rhythmic fashion.
Launch party for ‘Beware of the Light’ – 30th Oct @ The Civic in Sydney. 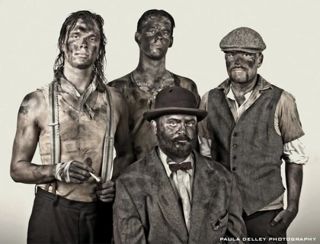 Snowdropper;
Definition: Noun
1. a person who steals women’s underwear off clothes lines and masturbates into them.
2. 1920’s slang for cocaine addicts.

With as much swagger as white men can muster, The Snowdroppers have developed some serious blues with a modern edged sound and energy. The boys have recently signed to label Difrnt Music (Cog, Regular John) to release their 1st album ‘Too Late To Pray’, so it looks like these lounge lizards are ready to bring the debauchery and depravity of the roaring 1920’s out of your local juice joint and onto the radio.

The single ‘Rosemary’ is short, catchy and makes you strut from the start with its infectious rhythm, and Johnny Wishbone’s narrative about Rosemary and her secret video tape.. Wishbone’s powerful voice and unruly persona gives an edge that is definitely matched by the intensity of the music. They’re the bee’s knees baby.
Also check out – Juke Baritone, Chase The Sun.
http://www.myspace.com/snowdroppers 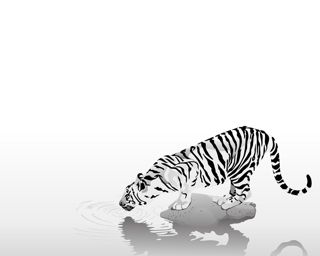 Born from the ashes of Sydney band The Oceans, Dan and Bo from the band have ventured down the electronic path, with a nice E.P of melodic indie dance tunes known as ‘The Paris Funk Destroyers‘. The single ‘Sunshine’ sounds like it would go nicely on the next Empire of the Sun album, with lush harmonies in the chorus and production sounding straight from the soundtrack of the 1980’s super hit Karate Kid… in a good way. More tracks to come! 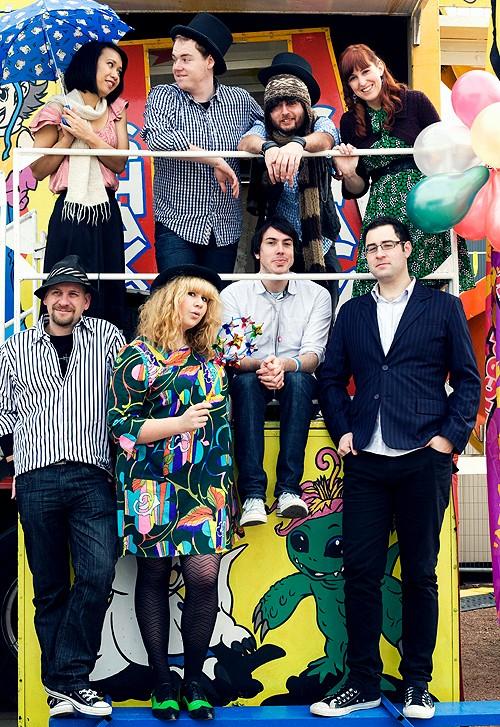 I don’t know how they’ve done it (writing music with 3 people is difficult enough!), but these 8 peculiar Melburnians have produced a top-notch single with ‘All Nothing’. The tracks arrangement and production is great, with a plethora of instruments being played, but actually being used with purpose. Drawing from influences like Death Cab, Broken Social Scene, and Architecture in Helsinki (the latter two possibly an inspiration for the cult sized band!), TGC have had some airtime on Triple J, and are currently touring the east coast. Check out this indie-pop-orchestra if they visit your hood for a recital.