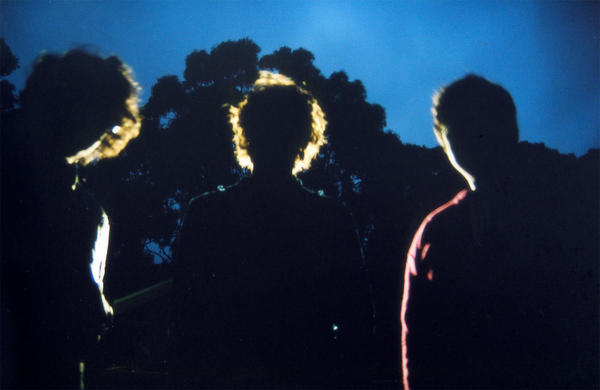 Because of Ghosts – ‘The Battle of Mount Royal’

Post rock usually gets a lambasting these days, which is probably fair considering so many bands of that ilk are intend on recycling the same, tired ideas peddled by better bands that have come before them like Mogwai, Mono or Explosions in the Sky. Because of Ghosts, though, have a few more tricks up their sleeves than the usual ersatz instrumental rock outfits. This Culture of Background Noise is the Melbourne trio’s latest offering of spare, cerebral and minimal music, built around rambling drum iines and angular, at times amodal guitar riffage. Most of the songs on the disc are five minutes plus, and while ‘The Battle of Mount Royal’ might not be representative of the build-and-release structures that inform the majority of the music, it’s still a killer tune. 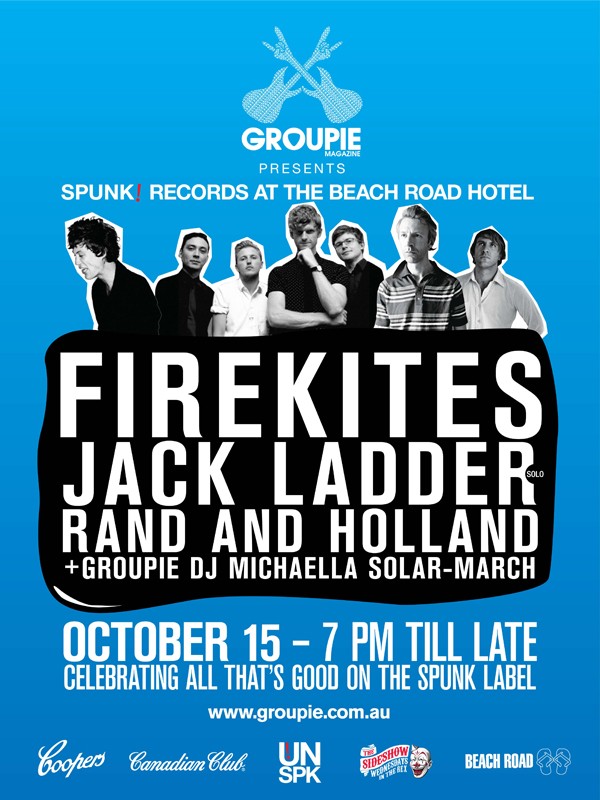 Groupie Mag and Who the Hell have a long and beautiful relationship: every month I contribute a section to Groupie called Limelight, in which I blab about two local acts (although that kind of digressed in the latest issue because I wrote about New York’s Ra Ra Riot). And tonight, if you’re in Sydney, Groupie are presenting a free showcase of acts signed to Spunk Records – which includes my favourite 2008 Sydney discovery, Firekites. Also on the bill are Jack Ladder and Rand & Holland, both fantastic acts in their own right.

Like I said, the gig is free and is on at the Beach Road Hotel, located on Beach Rd in Bondi. It kicks off at 7pm and is compltely free… and I’d be there if I didn’t have a radio show to host. But you should go in my place. 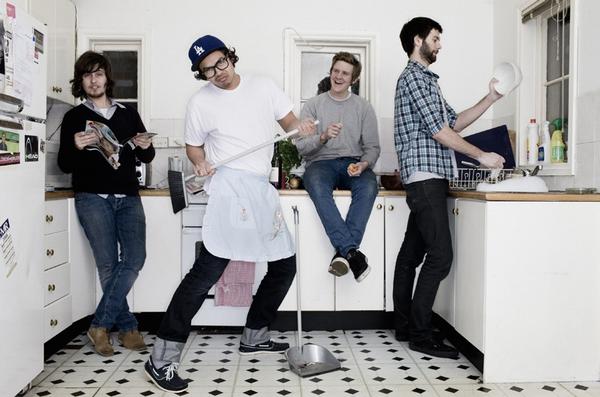 I’ve been sitting on this one for a bit too long, so I figured (OK, Jerry told me) it was time to get it up on the blog. (Hey, I’m a busy man!) There’s a lot of buzz surrounding the new material from Melbourne’s The Temper Trap and no wonder, because the first taste of their 2009-due album, ‘Sweet Disposition’, is a delay-driven melody fest. Recalling the sounds of ’80s U2, ‘Sweet Disposition’ was recorded in the UK with famed producer Jim Abbiss, who’s worked with some little known acts like The Arctic Monkeys, DJ Shadow, Bjork and Massive Attack. Yeah, I’ve never heard of them either…

I dropped into Sydney’s 301 Studios a few weeks back to hear some more tracks from the Abbiss sessions which will form the bulk of the forthcoming album, and it’s definitely sounding solid. They don’t follow the same aesthetic as ‘Sweet Disposition’ though which is a shame, but it still should turn some heads. You could do worse than check it out.

Whoa, now this is funky. Ray Mann, formerly of Sydney soulsters Kid Confucius, has decided to jump ship and focus on his own solo trio, and the results are pretty magnificent. Sounding like D’Angelo being backed by Stevie Ray Vaughn while jamming alongside Prince, his trio’s eponymous debut album is dripping with soul, funk and love – the Barry White kind. The vocal arrangements are beautiful and the song is built on nothing more than a simple, groovy bass line and a bouncy guitar line that cuts like a hot knife. One of the most accomplished acts doing the rounds at the moment. Awesome stuff. 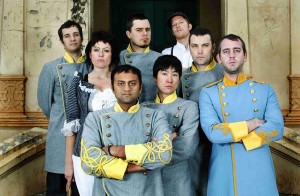 I’m clearing out the backlog of posts sitting in the back alley of Who the Bloody Hell Are They HQ and here’s a bit of an old one. Old, as in a couple of months. ‘The King Is Dead’, The Herd‘s obituary to former Australian prime minister John Howard, was the first single off their latest record Summerland which debuted at number seven on the ARIA Charts upon release in May. Nice work. 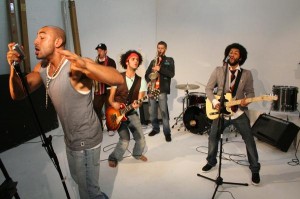 After their last album Stripes sent them traversing our continent, Kid Confucius took some downtime to start work on a new album. It’s still untitled, but we’ve got the first single here, the funky ‘Good Luck’, which is also the first song since the departure of guitarist Ray Mann (who is actually in that picture above, sorry guys!).

It’s got potential, though it feels a bit stilted and lacks some of that funky soul that oozed out of Stripes. Just check out some of the material on the KC MySpace page. ‘Last Straw’ is a particular favourite – one of my favourite songs of ’07.

The album’s due to hit stores October 18 so I’ll be interested to see what else is on the disc. Kid Confucius are never a band to write off. 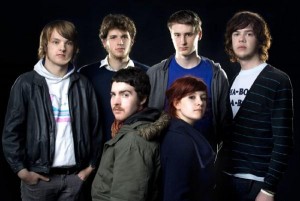 One of the more obtuse bands coming out of RADelaide (that’s Adelaide by the way) is Fire! Santa Rosa, Fire! who sound like At The Drive-In, Circa Survive and The Mars Volta are wrapped up in a highly combustible package that, upon explosion, you can’t help but dance to.

A handful of self-released EPs have been committed to the annals of the Fire boys, and a new bun is cooking in the oven as we speak. The highly pitch-shifted first crumb from their forthcoming album is ‘War Coward’, a tasty offering that foregoes the usual verse-chorus-verse shtick and adapts a more cyclical format, ebbing and flowing rather than adhering to any set structure. Definitely a grower.