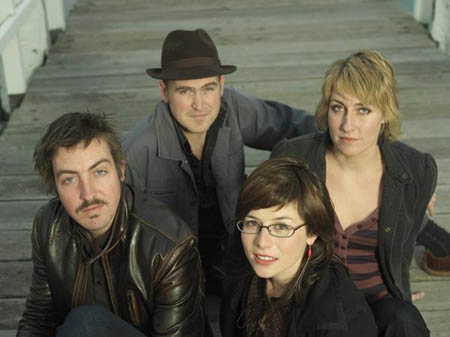 It’s time to bring the jazz and soul to Who The Bloody Hell Are They! The Elana Stone Band come to us as a fairly decorated band: best jazz artist at the 2004 MusicOz Awards, winner at the National Jazz Awards at the Wangaratta Jazz Festival in 2005 and a semi-finalist in the Montreaux Jazz Festival vocal competition.

The voice of Elana Stone has graced the recordings from artists like The Cat Empire and Who the Hell faves Jackson Jackson, and her backing band consists of members from bands like King Curly, Bertie Blackman and others. Also, for you music trivia buffs, her brother is in bluejuice.

‘Beautiful Sound’ comes from an unreleased album she recorded in 2006. There’s a few more tracks on her MySpace to check out too.