Despite competing against the rugby, these 3 talented bands managed to draw an excited and attentive crowd to the Beetle Bar tonight.

Making it with 5 mins to spare after an epic drive from Sydney (which proved too much for Dean’s poor Magna, retiring on the side of the road in Forster 🙁), Tin Sparrow took the stage with confidence after their sold out show at The Vanguard the previous night. 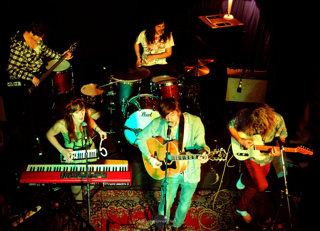 This 5 piece have shaped a modern folk, tinged with country rhythm and harmony. Opening the set with some driving and melodic sounds, the crowd soon took notice, and were engaged by the time the slower stripped back tune Bricks played, a stand out which created a nice dynamic in the set. TS continued to impress the growing crowd, showing their depth of material, and no doubt confirmed their rising reputation as a tight live band.

The second band of the evening, Mushu, gave a strong performance. My first time seeing the Sydney band, they gave first impressions and similarities with Tegan and Sara, in a very cool way. The songs were tight, and certainly inspired me to seek out more Mushu in the future!

As Howard Moon would say, “I see a boundary, and I eat a boundary”. As was the feeling I felt from hearing FOUNDS live for the first time. In a musical sense, their freeform song structure instantly draws you into the ride of their unique set. Only being together for 12 months, the 6 piece have managed to create a unique and defined sound and aesthetic. Subtle yet energetic, the eventual comparisons I grasp would be Sigor Rós and Foals, hangin with Bjork… An engaging performance from a band on their way to great things, finished perfectly with their drummer splitting his mallet on the final accent. Rock! 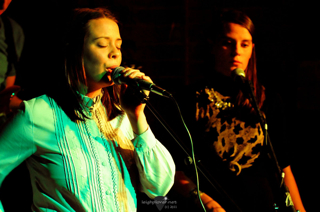 … And apparently the Reds won. Great success all round.