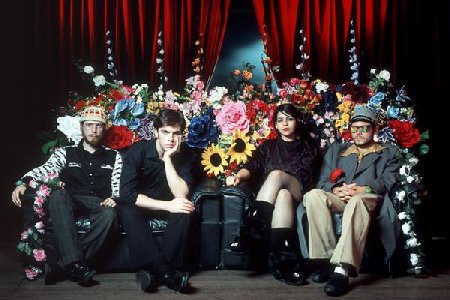 The Captain’s Package – ‘Out of Focus’

To propagate my laziness, I’ll just quote a review I wrote of The Captain’s Package for The Brag sometime last year: “A melting pot of Faith No More and Mr Bungle-esque sounds with a B-52s mentality, their music isn’t easily contained within whimsical musical adjectives… (it’s) a side-step away from what most bands are composing around Sydney.”

At that stage, The Captain’s Package had some enthralling musical elements in place but some songs were better than others and they seemed to be searching for what “their sound” could be. Now they’re set to release their brand new record Happiness which was recorded with producer Evan McHugh and if the first taste of the CD is anything to go by, ‘Out Of Focus’, they’ve found their niche in a crowded scene. It’s a song akin to ‘House of Fun’-era Madness with the male-female duelling vocals of the B-52s. Ska meets pop meets avant-garde. They’re launching Happiness on December 1 at Bar Broadway in Sydney, and it should be a night of decadence and extravagance.