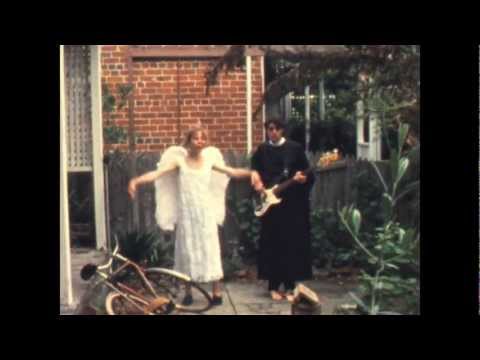 Nick Allbrook came to my attention as the front showman of perth band ‘Pond’ at a gig at the Workers Club a while back. He was quite watchable and had the kind of allure that you can’t fake and most cool kids wish they had. I didn’t know if he could actually sing but I didn’t really give a shit – he was entertaining. Since then I have noticed a lot of chatter about the guy and of course plenty of distaste. I’m sure this project will attract similar love and hatred but what I really like about this video is that these guys are making something, albeit quick and nasty. My guess is cheap super 8 shot on the fly but instead of just getting stoned and talking crap they are making tunes and banging out videos. More is more folks and Nick Allbrook and Cameron Avery have created a collection of tracks for a release titled ‘Big ‘Art’. Check em out on News Years Eve here A Spinning Top New Year and pinch the other addictive single ‘Empty’ below.