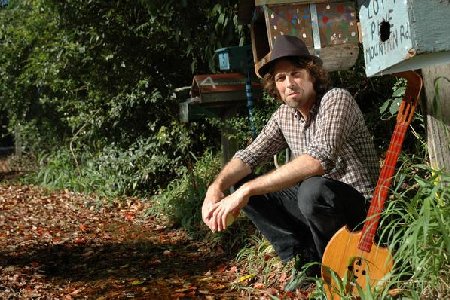 Bedroom musical maestro J. Walker has been making sounds under the moniker Machine Translations since 1997. For many, though, he first bleeped onto the musical radar with his 2002 album Happy and the quirk-pop of ‘She Wears A Mask’.

Since then, his brand of abstract pop has never seemed to gain the collective attention like ‘She Wears A Mask’ did. But he’s made a name for himself as a deft producer, lending his skills to other musicians, and the construction and composition of his own tunes are testaments to J’s incredible musical ear.

However, his singing voice isn’t strong enough to carry his own straight-foward pop songs, which ‘You’ll Change’ demonstrates. Built around simple open acoustic guitar chords, when J’s required to drive the song forward with the vocals, it stagnates. Subtlety in the layering of instruments help give ‘You’ll Change’ enough variety for its noticably short 2:30 duration, which makes it a good song, but not a great one. It’s no ‘She Wears A Mask’.