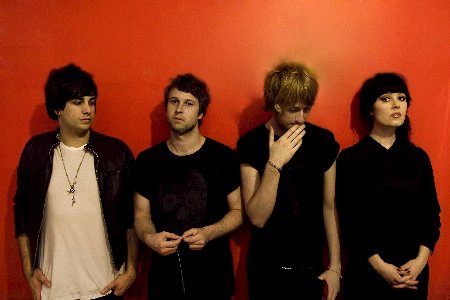 CHAINGANG – ‘Get Off My Stage’

So if you were wondering after yesterday where the punk went from Pinky Tuscadero, it went straight into CHAINGANG which features feisty vocalist Hayley and Mike from PT. Taking the lead from the darker spectrum of ’70s punk, CHAINGANG straddle the line between indie and punk, much like their contemporaries Die! Die! Die! and Young and Restless, though they do it with a slight touch of morosity; almost Nick Cave in its darkness.

Live, Pinky Tuscadero soared mainly due to the impressive stage presence of Hayley, and I could probably guess CHAINGANG will have the same response as she’s a formidable figure live. Combine that with the rawness and bite of the boys behind her, and heads will roll and faces will melt when this four piece hits the stage for the first time in February.