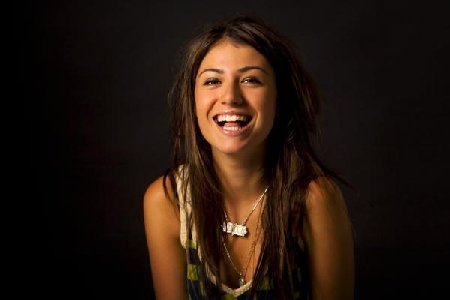 Gabriella Cilmi – ‘Sweet About Me’

Here comes the trend shift. Phil Spector and his Wall of Sound, the music of Motown, the jazz of Sarah Vaughan and Nina Simone… these are the starting points for the new musical fad that’s slowly emerging thanks to the likes of Amy Winehouse, Sharon Jones and the Dap Kings and eager DJs sampling sweet soul music.

Sure, musicians are time-travelling vikings, pillaging decades until there’s nothing left and then zooming off to the next untouched era – but we could be taking lead from worse periods of time (Boy Bands anyone?) Gabriella Cilmi (pronounced “Chill-me”… seriously) is Warner Music’s secret weapon that they’re gonna be hoping rockets into the stratosphere (because labels are struggling, you know). Many will compare her to Amy Winehouse (sans the coke, booze and dawn undies run), which is fair enough, but she was discovered when she was only 13, years before Wino ran head-first onto tabloid mags and Perezhilton.com.

Now sixteen (hello jailbait), Cilmi’s moved from her home town of Melbourne and is basing herself out of London. She’s on tour at the moment with the Sugababes and recently shared the tour bus with Parisian’s Nouvelle Vague. Her debut album, Lessons To Be Learned, will be out later this year but for now, here’s the first song off the record called ‘Sweet About Me’.