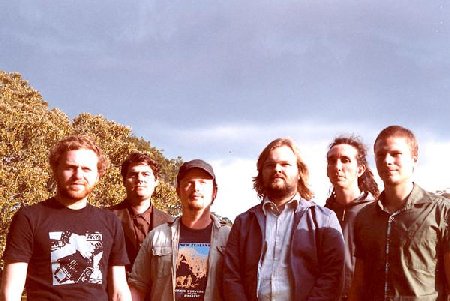 OK, so The Phoenix Foundation have a lot to thank The Flaming Lips for, but seriously, have a listen to their sound album Pegasus and you’ll see this New Zealand six-piece can stand on their own. They’ve been on the receiving end of many plaudits from the music press, released three albums and scored the film Eagle vs Shark. So they’re doing pretty well for themselves.

Their latest record, Happy Ending, follows the Flaming Lips blueprint of pop more closely than their previous efforts, but they do it with a lot less weirdness. There’s a definite throwback to the psychedelica movement in their music, which lends it a sense of ethereality and escapism. Ahhhh……