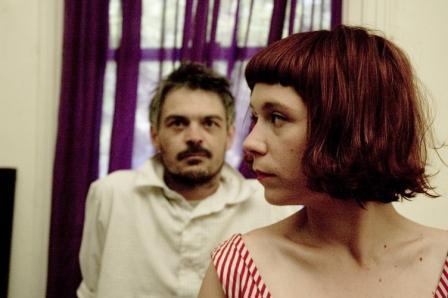 Princess One Point Five – ‘I’m Onto Something Good’

They’ve always been one of those acts that have been lurking in the shadows, but perhaps it’ll be their third record Vous Je Vous that thrusts them into the limelight.

Princess One Point Five (or 1.5, depending on where you read it) is the brainchild of Melbournian Sarah-Jane Wentzki (who, from memory, is Princess 1.5 – well at least she started creating music on her own under this moniker) who joined forces with drummer/producer Richard Andrew, who was the stickman for cult faves Underground Lovers.

‘I’m Onto Something Good’ is the first track from the band’s new record, a positively upbeat indie pop tune which reminds me, for some reason, of Frente. And that’s never a bad thing. It’s a movement towards organic music, as her debut disc At Long Last, released in 2005, relied heavily on soundscapes and synthesisers to create electronic music more akin to Decoder Ring circa Fractions.

If you like the sound of P1.5 and you’ll be in Sydney on Saturday night, they’ll be launching Vous Je Vous at Spectrum on Oxford St.