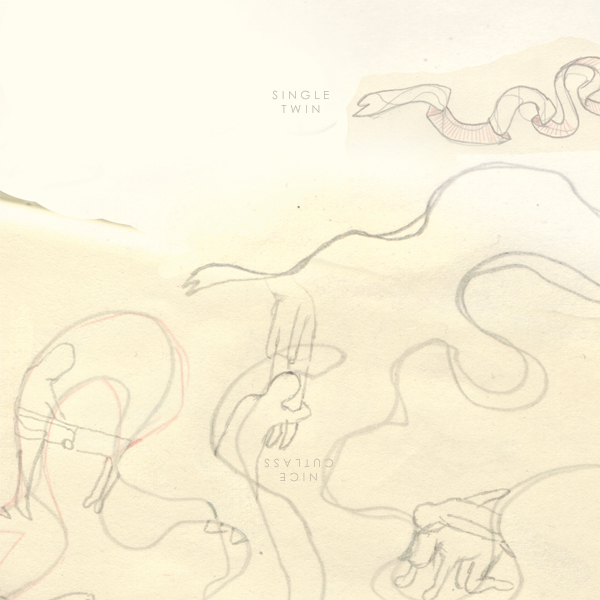 Single Twin has released a free (if you prefer) 9-track collection of tales that were recorded around the time he made the LP Marcus Teague. They didn’t make the cut for that record but it wasn’t because they were crap instead they just didn’t work. I won’t specualte as to why they didn’t work, I’ll just say that they do require a different level of listening. This is a delicate gathering of guitar/vocal song making with some atmospheric layering, which resides in the framework of Australian singer-songwriting style but has a more folk-husk, kind of wide-vista country, and an almost miserable bearing. Nice Cutlass has a tickle of Explosions in the Sky going on. How could a singer-songwriter strumming a guitar equate to a four-piece instrumental goliath from Texas? By connecting with real emotion and setting your thoughts free to wander through the record.

I’ve selected ‘Sometimes I Think About Taking Care Of You Sometimes’ for your Friday morning as a warm hug to start your weekend. The rest is up on Bandcamp with a ‘pay what you like’ option to raise funds for a vinyl pressing of Marcus Teague. Kinda crowd-funding but more so you know he won’t just buy cigarettes with the 5 bucks you sling him… do they still cost $5?

Single Twin has a backyard show on this weekend in Richmond, Melbourne. So drop by. Details here. And possibly a solo show in Sydney mid-March.