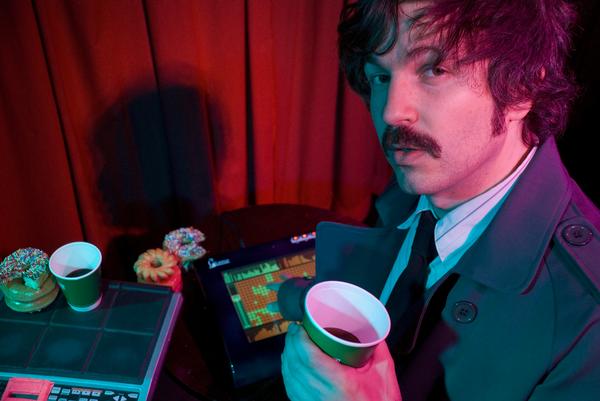 If you’re wondering who the handsome man with the ’70s mo is, that’s Qua. Well, it’s actually Cornel Wilczek but he performs under the name Qua. His music is constantly shifting, evolving. Prolific might not cover it, either. He onlt recently released the minimal Silver Red, an EP borne out of live improvisations he conducted with Pivot’s Lawrence Pike on drums. Now he’s about to release his new album, Q&A, which ‘Circles’ comes from. It’s thumping, beat-heavy electronica, with drums courtesy of Mr Pike as well as former Architecture in Helsinki stickman James Cecil. (I believe both Cecic and Wilczek went to RMIT in Melbourne together, along with Tim Harvey from Hot Little Hands!)

Artist bios are usually full of shit, but I love this quote: “Foregetabout folktronica, kiddietronica, or even pigeonholetronica as Qua is operating in his own league. This is Quatronica”