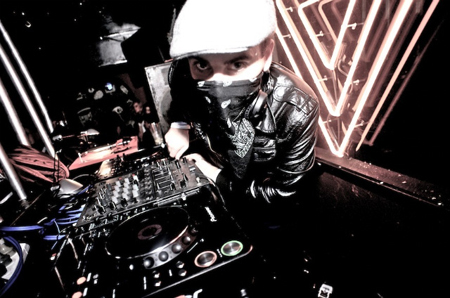 Sydney producer Beni is best known as one half of Riot In Belgium, the club destroying duo who gave us 2007’s lip – contorting party jam La Musique. You know the one – with the excitable french girl moaning over lots of ridiculous buildups and bleepy fuzz?  It was just about inescapable if you spent any time in the clubs or even turned on your radio last year.  Anyway, it’s been many blog decades since then and with the Belgium bangers on the wane, he has turned his talents to this self-titled solo project.  My love sees you is Beni’s first official cut, and it combines the charged peaktime vibes of his earlier work with punchy bass guitars, highly strung synths and plenty of euphoric vocal samples.  The funked-up bass and disco influences sit nicely with Beni’s intense production – and will ensure a whole lot of slamming silliness on the floor.

Beni has just been picked up by international tastemakers Kitsune and appears on their new compilation (along with fellow Sydneysiders Ted & Francis), so this looks like another Aussie track to dominate overseas.  Hear this one now so you can throw your hands up and dance when you hear it out this weekend!
www.myspace.com/listentobeni