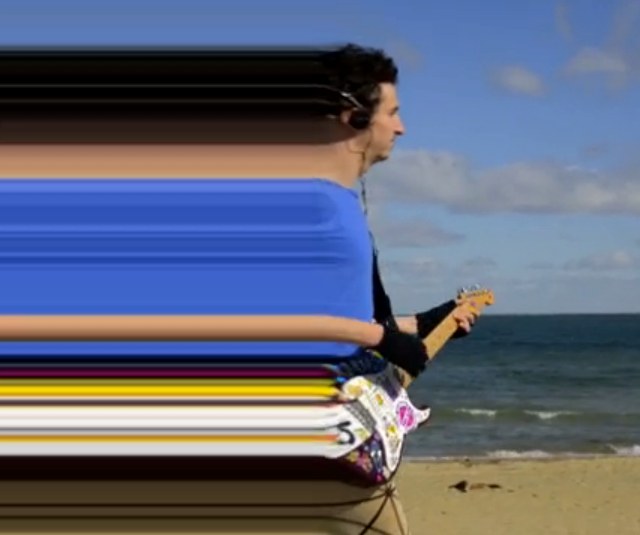 I picked up the first two Popolice EPs on my brother’s recommendation back in about 2006, and I was glad that I did. I loved Marc Regueiro-McKelvie’s angsty, angular indie pop and those dynamic progressions – there are no overwrought two-chord dirges here. I’ve still got a copy of Middle Ground in my glovebox (the only place for CDs these days), which I spin from time to time on my way to the shops.

Although he’s been making music since around 1997, Regueiro-McKelvie doesn’t seem to have had a strong PR machine behind him (or maybe he’s just been flat out playing with Teeth and Tongue, Enclosures and New Estate) because he ought to be a local sensation. That’s all changing now: this new track has been popping up all over the place, and a debut album (!) is due out soon.

Though he was citing crossover bands like Gerling way back at the turn of the millennium, ‘Would You Believe’ has got to be the most danceable Popolice track yet. The song’s catchy, stop-start rhythm matches Regueiro-McKelvie’s scratchy delivery perfectly, and it’s got a chorus that just keeps on getting bigger.

The accompanying video was made by Matthew Cribb, who recently filmed clips for WTH favourites Teeth & Tongue and The Ocean Party. It features Popolice striding along a Melbourne boardwalk as though caught up in a private rock stadium fantasy, Stratocaster hooked up to headphones and elegant legs encased in a sweet pair of tights. Meanwhile he’s being trailed by some sort of entropic VHS vortex…

‘Would You Believe’ is available now as a free download on Bandcamp.