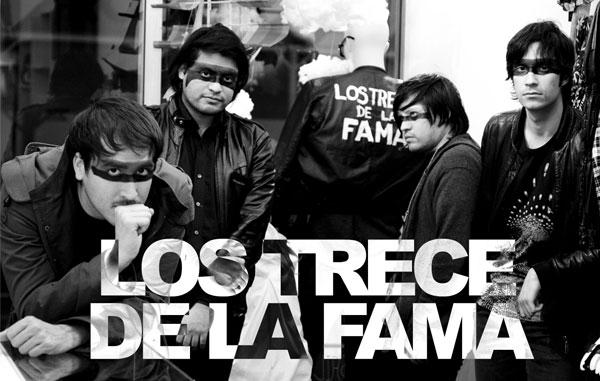 Their stand-out 2007 single ’17 Deaths’ showed a move away from their indie roots to embrace a more dance-oriented aesthetic and feel. Now, Lost Valentinos have made those dancefloor aspirations even more transparent with the release of their latest single ‘The Bismarck’ as a 12″ with a handful of glorious remixes.

The song itself is a great number that shows why crossing over to dance territory doesn’t necessarily signal a dissolution of artistic integrity. Whilst still accessible, ‘The Bismarck’ has almost as much in common with Can’s krautrock digressions as it does with modern dance-pop kings The Rapture. Dark and dense, the incessant beat keeps the song progressing through the moody mire they have concocted alongside reknowned Berlin-based producer Ewan Pearson. Without a traditional verse/chorus structure, the song is directed by the tight groove of the rhythm section that weaves its way between the different segments of the song. Fantastic.

Knife Machine is actually Jono and Pat from Lost Valentinos in their electronic side-project mode. Their version introduces a straight up house beat, distorted synth bass and filtered break-downs that move ‘The Bismarck’ firmly into the realm of dance music. I’ll avoid making any solid comparisons to in-style French house remixes, though they do make for a good point of reference.

The Canyons remix makes the original sound like something lifted off Swedish duo The Knife’s last album by adding an even more sinister electronic vibe to proceedings. A quality remix that genuinely adds to the original.