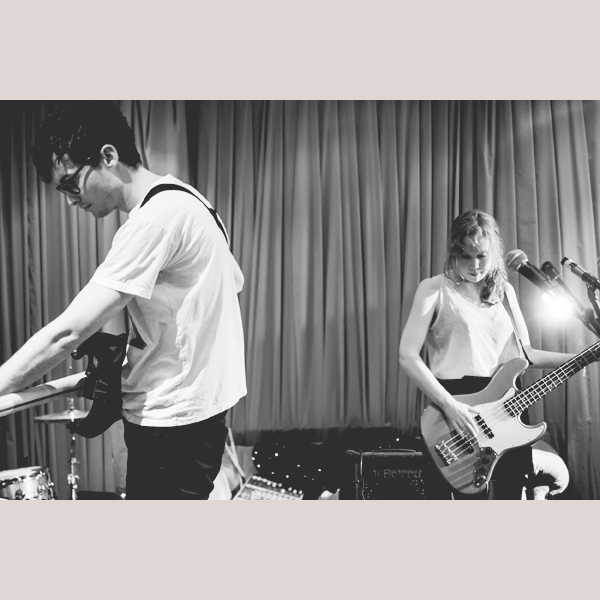 There’s something uncompromising about Heart Beach. Their music is spare but rough, its few elements swiping at you from a blank background in the way a Malevich claws at your vision. The songs all feature Jonathon McCarthy and Claire Jansen’s intertwining vocals – his a caterwaul, hers a disarming coo; a guitar sound like shredded sheet metal; and the restrained, ever-patient drumming of Daniel Butcher.

So far the Hobart three-piece have four releases to their name. The first, 2013’s Holiday/Weather, has a hint of surf rock, but as though it were soaked through by the chilly Antarctic waters that creep up to meet the Tasman. The stark, droning vocals of ‘House’ sit atop an icy layer of feedback that gives the song an illusion of industrial echo. ‘Record’ is short and sharp, a punk tune that’s the closest Heart Beach have come to sounding optimistic. And, from January this year, the insistent, driving ‘Hours’ has to be the band’s most emotive track to date.

Heart Beach have just returned from a stint in New Zealand playing Camp a Low Hum. For now they’re taking a little time to recuperate, but we’re sure to hear more from them soon.