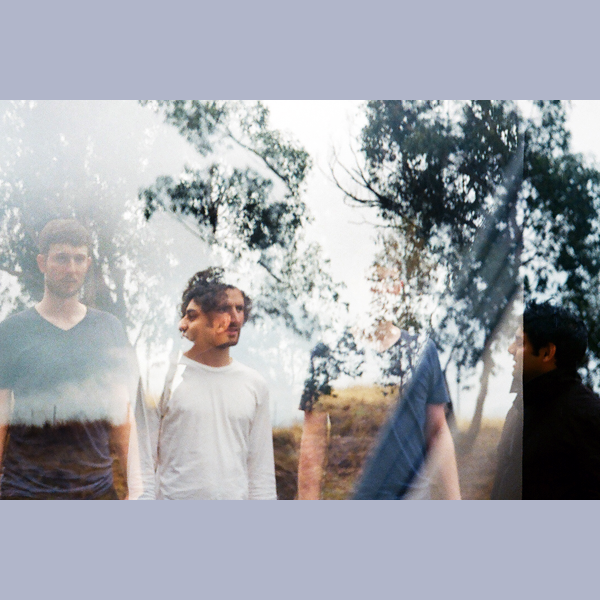 Following the release of their last full length, 2011’s Nippon, the band reached something of an impasse and turned their efforts instead to a rhythm-focused side project called Savages alongside bassist Matt Lustri. The new, song-oriented approach worked so well that they decided to dissolve Savages and incorporate its aesthetic into Spartak, bringing Lustri onboard as a permanent member of the original group.

Spartak’s first release completed under the new arrangement was Five Points, which came out through Feral Media in April. Influenced as much by techno and microhouse as krautrock, noise and raga, the EP is Spartak’s most immediately engaging work to date. Reminiscent of Liars in its repetitive, Zen-punk attitude (if that isn’t an oxymoron), Five Points is both meditative and a little abrasive, and peculiarly moreish.

The textured and melodic ‘Nightshift’, a highlight, is led by guitar and vocals, with rim-heavy percussion and muted cymbals. (Incidentally, the track first appeared on New Weird Australia’s The Sound of Young Canberra compilation, curated by Dream Damage and Ahmad’s own hellosQuare imprint).

‘Nightshift’ has been given a thorough reworking by Power Moves, the beats project of Austin Buckett (Golden Blonde, Pollen Trio). Power Moves put out a debut mixtape, Psycho Shower Scene, last year, referencing southern rap and the so-called ‘intelligent hip hop’ of the 1990s. His ‘Nightshift’ remix emphasises Buckett’s penchant for loops and abstraction – not to mention footwork. It’s a frightening snippet of mutated vocals and clattering snares; a very different animal to the original track. Sample both versions below.

‘Nightshift (Power Moves remix)’ will be available as part of a Five Points special edition that includes reworkings of the tracks by Gatherer, Scissor Lock and Andrew Pekler. Get a copy from Bandcamp.

Spartak will launch Five Points on 24 May at FBi Social in Sydney (Facebook event) and on 6 June at Canberra’s Transit Bar, with shows in Melbourne, Brisbane, Adelaide and Perth to follow.