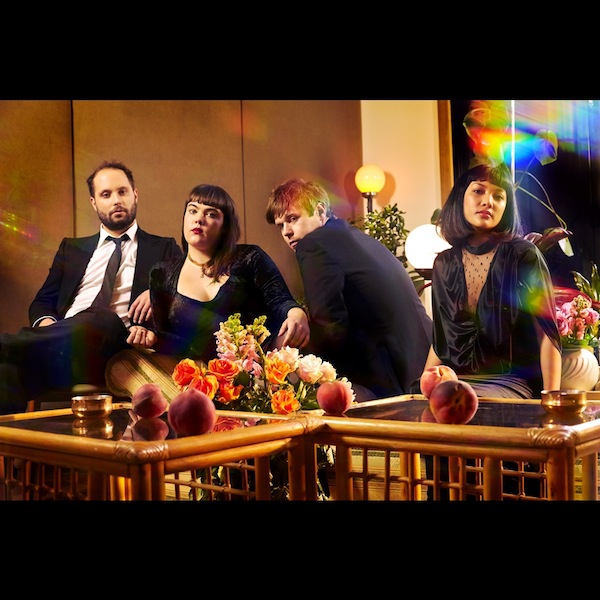 The presser for Totally Mild’s debut record Down Time gets on the offensive straight away – saying to forget about dolewave (strong words considering they’re named after the Aussiest show ever after Burke’s Backyard) and get on board with this new sound. Well, you’ll pry broadly accented mates singing about ciggies and stained carpet from my cold dead hands, but I like this a hell of a lot too.

Totally Mild’s ‘new’ sound has some strong Geoffrey O’Connor vibes to me. It’s less aggressively produced and hedonistic, but there’s that same woozy darkness in his voice as there is in singer Elizabeth Mitchell’s – both breathy and gauzy but with real underlying pain. These are relaxed, slow-paced songs, but by keeping the majority under the three minute mark, the guitar tone sunny and the harmonies plentiful, the band have managed to keep the record from dragging. A highlight for me is ‘When I’m Tired’ – a catchy, cheerful track about night terrors and fire. Happy-sounding songs about bad shit get made all the time, but rarely with the subtlety and smarts that these guys show across this whole record.

So whether you’ve ACTUALLY been hunting an alternative to the current Melbourne jangle-centric scene, or you just wanna hear something cool, Totally Mild are worth your time.

Down Time is out today through Bedroom Suck on digital and vinyl.