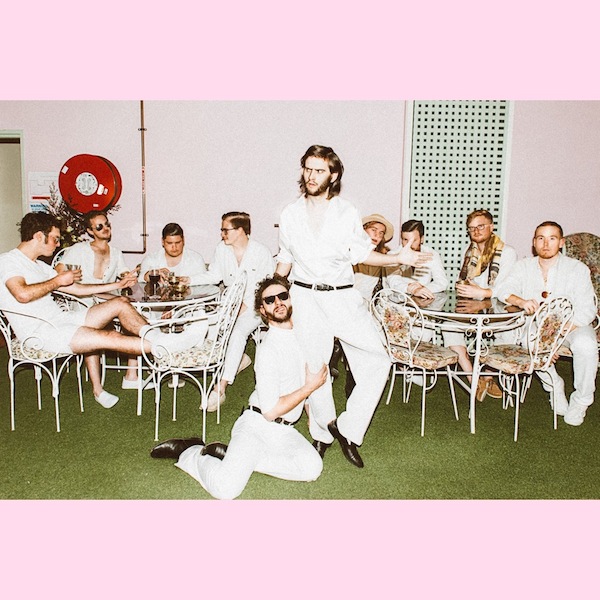 In this series, ‘First Impressions’, we’re going to subject a bunch of songs to the immediacy test – getting our contributors to review a track they’ve heard only once. This is Grace’s take on ‘Oh Loretta’, the new single from Sex on Toast.

Sex on Toast are 10 dudes out of Melbourne who just can’t contain their feelings anymore, so good luck Loretta, whoever you are. Their debut album was a sonic adventure of soulful harmonies backed by an extremely well-equipped brass section and a generous smattering of jazz keys – a winning formula they have reproduced on their latest single ‘Oh Loretta’.

The sheer force of the testosterone-powered vocal arrangement on ‘Oh Loretta’ is like a rugby choir serenading the hot little sister of one of the guys: kind of awkward but kind of endearing. With lines like, ‘If you were a bus you would be double decker,’ I don’t rate Sex on Toast’s chances of scoring, but they’re gonna give it their brassiest, loungiest crack. ‘Oh Loretta’ contains about a thousand different hooks that will flood your head for hours after listening, and even though I still can’t tell if Sex on Toast are taking the piss out of the old trope of guys joining a band to get laid, their talent is absolutely undeniable. I just really hope at least one of them can play the keytar.

Listen to this track prepared to get swept up in their cheese appeal – you’ll be groovin’ in spite of yourself. They’re playing some shows in Sydney and Melbourne for their single and video launch.