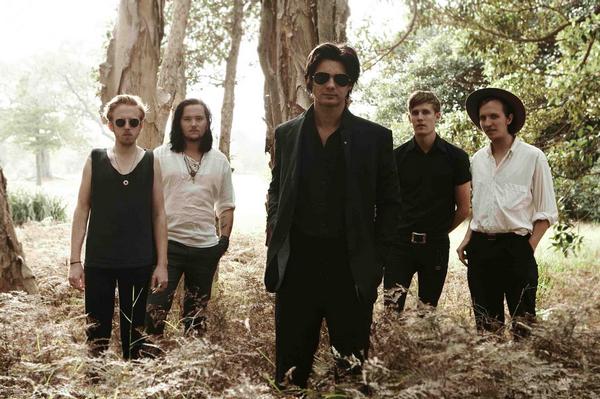 If the press release is to believed then the title ‘No Money’ is an apt summation of the past two years for The Scare. After only a few listens I can’t quite make out all the words of the verses but I assume they large spin tales reflecting the band’s (if not the world’s) financial woes that they shout about in the song’s refrain. ‘No Money’ continues the band’s pursuit of producing songs that make sense within both a pop and and post-punk context, again managing to balance each element equally and cleanly and with an energy that practically bleeds through the speakers.

The song is driven by a metallic, distorted bass groove and a thumping floor tom/back beat combination. Singer Kiss Reid shrieks like Jack White fronting a punk band while the guitars add fuzzy punctuation to the verses and wirey 8-note lines throughout the chorus. It’s not all bleak though – if anything, the song sounds like a party designed to distract from the titular economic woes, an attitude accentuated in the ‘woo’-ing backing vocals and Reids percussive ‘ha ha ha!’ vocal turns.

‘No Money’ is from The Scare’s forthcoming sophomore album, ‘oozevoodoo,’ which I’m now officially really excited about.