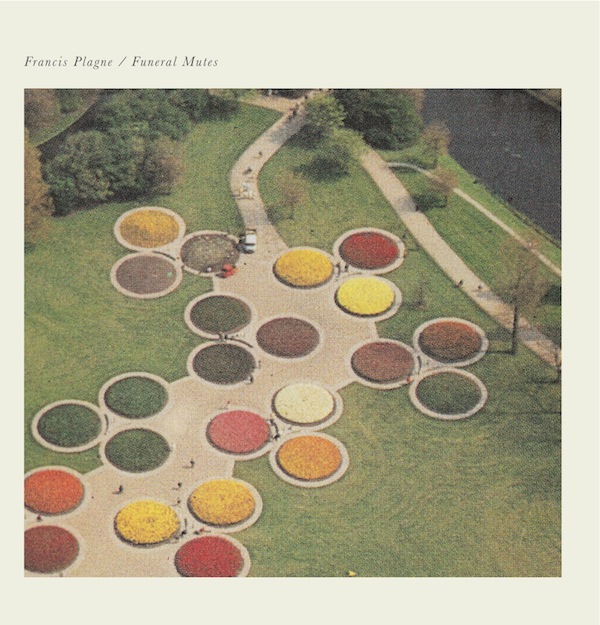 Francis Plagne’s last solo album, Tenth Volume of Maps, was released back in 2011. A curious mix of classical abstraction, musique concrete and prog folk, the LP became, in certain circles, a coveted piece of underground pop. Since then, he’s collaborated with local experimental outfits – most recently joining Food Court to record two highly impressionistic versions of a 14th-century choral arrangement by Solage – and convened ensembles to perform works by contemporary avant-garde composers.

Plagne’s now gearing up to release Funeral Mutes, a new collection of deconstructed chamber pop, on his own Mould Museum imprint early next year. First single ‘Hearing Every Drop’ is an uneasy, wheeling thing. It spirals round a central melodic phrase, withholding resolution, unwinding and rebuilding itself as it goes. The video comprises a series of tableaux vivants enacting scenes from the old masters. The contours of light and shade, and the actors’ taut bodies and twisted limbs, match Plagne’s vivid, surrealist lyrics (“the tables on the beach that day/rose ring of paint crumpled pages of the sea/break its chill delay…”).

Don’t be put off by Plagne’s high-brow references; these are pop structures, pretty and playful. He holds your attention, however, by subtly undercutting expectations, leaving his songs teetering on the verge of the uncanny.

Funeral Mutes is out on 9 January. The album launch is from 7 PM that day at Eastmint Studios in Northcote, with support from Oren Ambarchi and Crys Cole, Tim Coster, and Mad Nanna’s Pat O’Brien.