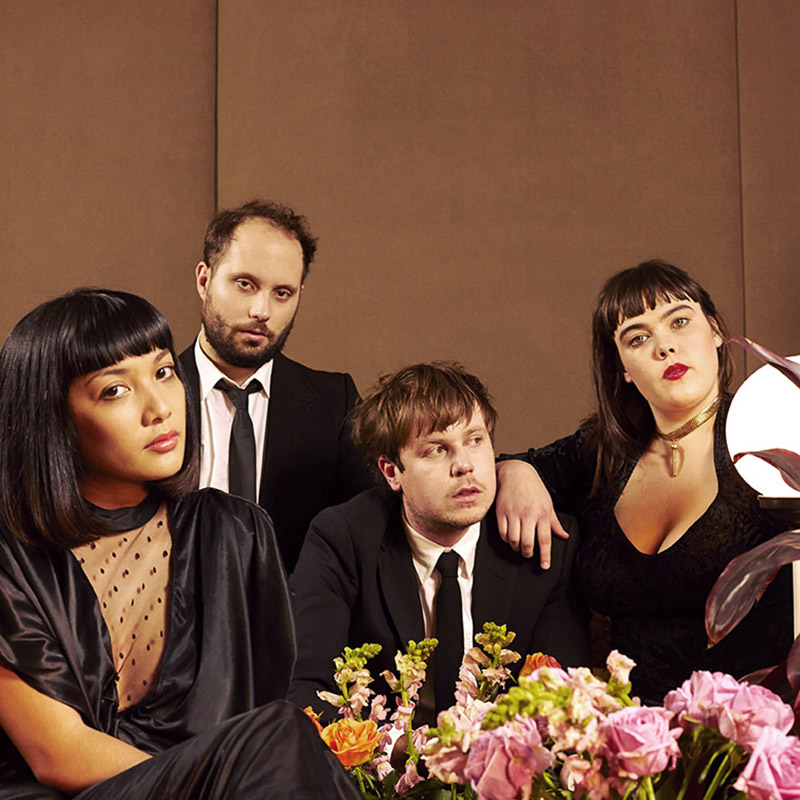 When you release a debut album as good as Down Time, you earn the right to gallivant around Europe for two months playing in basketball courts and sharing stages with Terrible Truths. That’s what Totally Mild did; graciously capturing a trio of live tunes to for their latest EP Alive In Denmark, which is released this Friday (including two new songs absent from the band’s 2015 debut).

While ‘The Next Day’ and ‘More’ have had their time in the sun either on record or live, ‘Today, Tonight’ is pretty unheard within Totally Mild’s repertoire. Lyrically, it’s not uncommon ground for lead vocalist Elizabeth Mitchell. She airs her anxieties of impending loneliness as a constant hurdle in living life as a functional adult – “I am strong and sensible but I don’t want to be alone”. The song borders on balladry, accompanied by a single guitar swooning away under her vocals.

Totally Mild have reasserted their dominance for bold album artwork, with some Spike Milligan ‘Ning Nang Nong’ levels of microworld artistry happening here. Whether ‘Today, Tonight’ is material from some upcoming studio work or not, it’s good to see the Totally Mild wheels turning.

Alive in Denmark is out this Friday via Bedroom Suck Records.