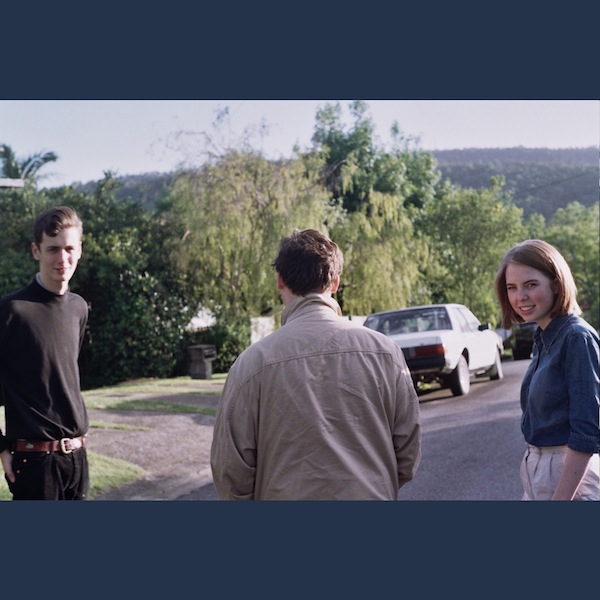 “We can agree/I’m not quite what I used to be,” James Harrison, a preternaturally world-weary teen, mumbles on ‘Telephone’, a standout track from the Goon Sax’s debut record, Up to Anything. At once self-conscious and naïve, it’s one of many tunes on the theme of adolescent awkwardness, with lyrics detailing sweaty palms, unconsummated affection and the indignity – even “heartbreak” – of a home haircut.

Despite their youthful preoccupations (the band’s youngest member is only 17), this trio has sophisticated tastes. On the eve of their album launch tour, they’ve sent us a playlist: 17 songs about water. Featuring tracks from Soft Machine drummer Robert Wyatt, as well as John Phillips’ cult first record the Wolfking of LA, it’s a timely reminder that, though just out of high school, the Goon Sax are cooler than you.

‘The following songs aren’t connected by any kind of genre or time period, but what they all have in common is that they are set beside or based on some kind of body of water. Whether it’s the Marine Girls’ loneliness scaling the depth of the ocean, or Neil Young’s bitter observations on the beach, by the water is always a brilliant setting for a song, and serves as the perfect comparison to just about any emotion.’

The Marine Girls – 20,000 Leagues
The Beach Boys – Feel Flows
Robert Wyatt – Shipbuilding
Bob Dylan – When the Ship Comes In
The Velvet Underground – Ocean
Pulp – My Lighthouse
Erika Eigen – I Want to Marry a Lighthouse Keeper
Mercury Rev – Opus 40
Neil Young – On the Beach
Creedence Clearwater Revival – Proud Mary
Talking Heads – Take Me to the River
Canned Heat – Going Up the Country
The Waterboys – Fisherman’s Blues
John Phillips – Malibu People
Gordon Lightfoot – The Wreck of the Edmund Fitzgerald
G. Wayne Thomas – Morning of the Earth
The Triffids – Seabirds
You can catch the Goon Sax on their east coast tour in April:

Up To Anything is out now on Chapter on vinyl, CD and digital. Order it here.