Eugene Ward has been carving a path on the electronic music scene for a number of years now. Best known under his Dro Carey alias, Ward’s music has seen him explore grime, UK garage and other forms of bass music, clocking up releases on a slew of international labels including Trilogy Tapes, RAMP Recordings and Greco-Roman.

A restlessly prolific producer, Ward also releases music under a number of other guises: the rugged techno/house-leaning Tuff Sherm, the avant-club experiments of PMM and more recently, under his given name, the Paint En Pointe album, a selection of compositions written in collaboration with choreographer Patric Kuo for a series of performances in late 2014.

On his latest single, ‘Grow Lithe’, Ward melds bubbling acid-synth and rolling garage rhythms with his typically crisp production style. The single is taken from a forthcoming EP for Australian imprint Soothsayer, expected later this year.

For the sixth instalment in our Virtual Mixtape series, Eugene has chosen a selection of his favourite German experimental, Neue Deutsche Welle & synth-pop 7”s. 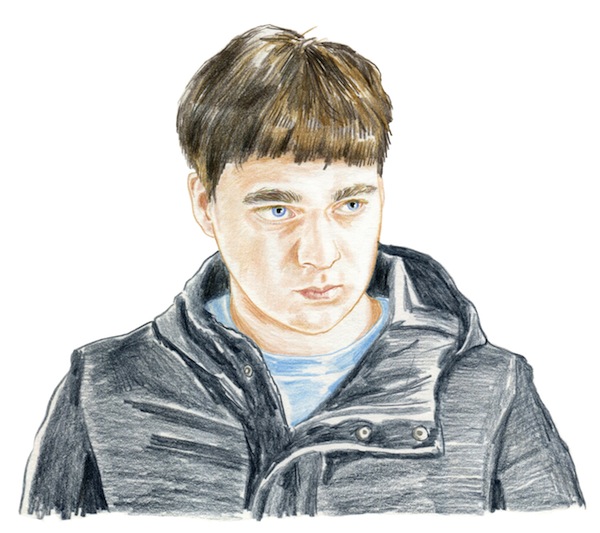 “For my virtual mixtape I knew that I wanted to delve into something forged in those dark and wide-reaching years of teenage taste. I got into dance music somewhat late in the scheme of things, probably only when I was 16. Before that, coming out of a jazz piano background I was generally drawn to improvised, avant-garde and heavy music. Really whatever could shock me – the kind of Internet-aided audio thrill-seeking that is endemic to reclusive or introverted teenagers. So there were a lot of options as far as the areas spanning ‘pre-Dro’ music taste. The reason I chose this somewhat loose category of Neue Deutsche Welle, synth-pop and German experimental seven inches is that it remains particularly relevant and inspiring to what I do now. Hopefully as we go through the tracks you will see that this was a legendary and fertile era for sound design and electronic music arrangement, one that goes far beyond the obvious linear relationship with European techno.” 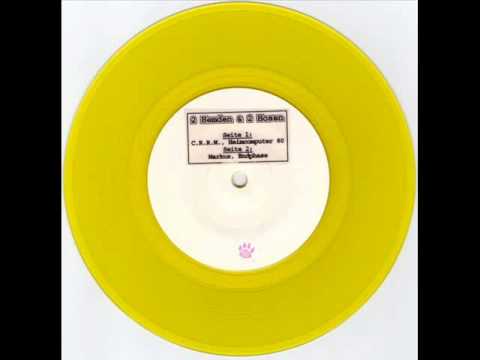 The interesting thing about this loose classification of seven-inch ‘synth-pop’ music is that since its inception in the late 70s/early 80s it has never really gone away. As such this track is taken from an earnest, dedicated early 2000s pastiche of the form. 2 Hemden & 2 Hosen was a long-running series of compilation seven-inch releases put out by the Kernkrach label, including some tracks that are so stylistically on point that you wonder if they’re actually archival rather than contemporary takes. Not the case here, however, where ‘Reise In Den Tod’ features some decidedly modern and sophisticated oscillations and filters. Yet these synth lines are backed with a genuine motorik chug and ultimately it hits the mark as far as the emotional vibe of this music – part saccharine, part gothic.

Im Namen Des Volkes was an alias for Matthias Schuster, whose work typically resides at the more industrial end of this music. Veteran engineer Christa Brüggemann remastered this EP, drawing on unreleased material that was originally recorded 1979-1981. Brüggemann lends this archival release some amazing heft and crispness, which allows us to appreciate the arrangements and sound design. This release brings me to one of the core reasons for my love of this music: were these not the best snare sounds going in the 1980s?  Substitute them into Yeezus or a TM88 production today and I wouldn’t blink. Drums miles ahead of their time. 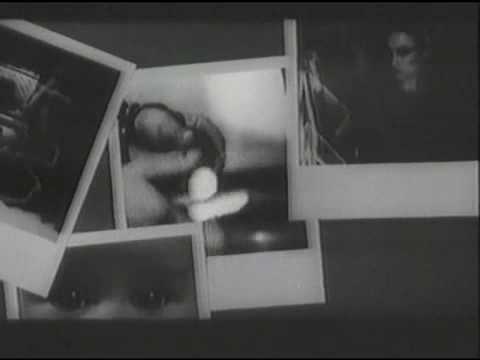 This record is something of an outlier in this group of tracks. It’s not new wave or synth-pop but rather no wave or ‘punk funk’ – in the vein of ESG or Liquid Liquid. Though there are certainly moments or elements on other German records that step into this territory, this is the only one I’ve found that seems to be directly tapping into the funkier side of that influence. While ‘Polaroid’ is the standout, the whole EP is great. As a bonus it has an actual video clip (so perhaps it isn’t as obscure as I assumed). 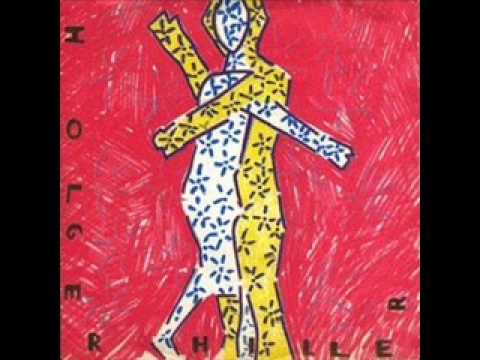 Since the tracks on this release are so short and a kind YouTube uploader has decided to post the full release in a single video, I thought I may as well include the whole EP (which adds up to only 7 minutes). I think this was Hiller’s first release. The highlight is probably ‘R In S_W,’ which feels like an ersatz film music cue – riffing along with both naff and sinister synth parts in stark juxtaposition. Like the Schuster tracks mentioned above, it features a spectacularly rough snare. 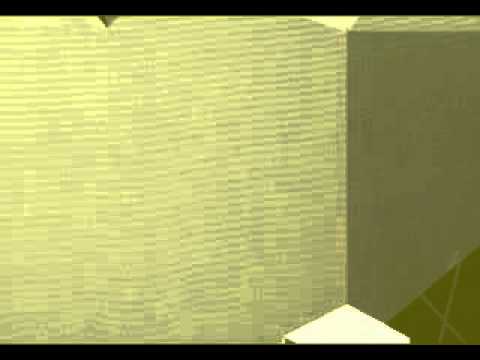 We have another great snare here, but of a very different kind. Not sure if it’s synthetic or a processed rim hit. The synth part borders on cheese but ultimately comes across as something quite funky. Begging for a slowed down disco rework (maybe). 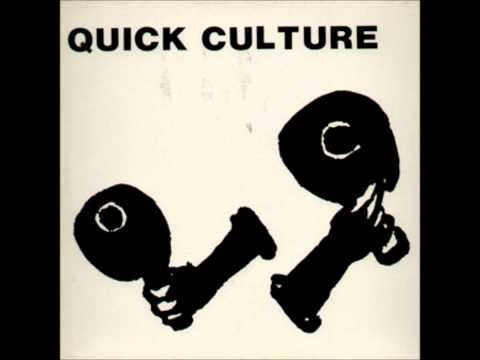 Some live drums now, skittering along in a very angular beat while sax, percussion and an amazing twinkling synth call-and-respond over the top. The vocals are certainly an acquired taste and I won’t insist that they’re amazing but the arrangement on this one made it too interesting to pass up. 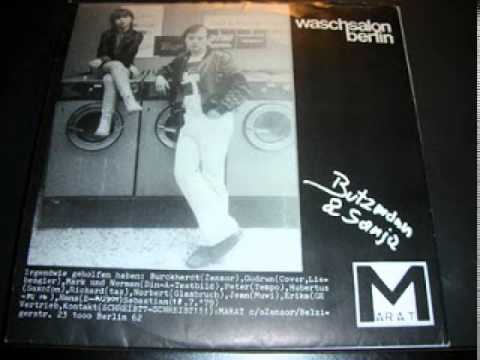 Frieder Butzmann’s earliest record finds him joined by Sanja, who I gather is the vocalist that performs on this release (there are no credits listed and I can’t find any info on Sanja). Wachsalon means laundry and the snares and oscillations present here certainly bring about the feeling of having your head inside a washing machine. Again you can see how amazing the drums are – staggeringly nice electronic kicks and snares for 1979. Maybe this mixtape needs a counterpoint “evil electronic drum sounds of the 70s and 80s” to really make my point but then who would want to hear that! 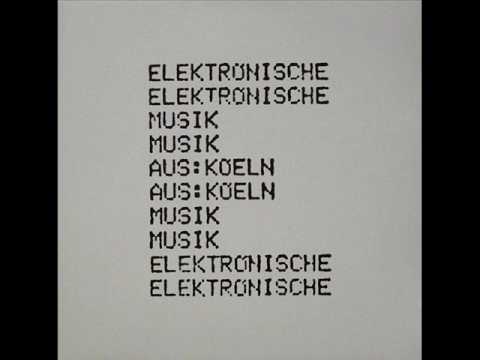 Finally, we have Elektronische Musik aus Köln (or EMAK) with ‘Filmmusik’. The drum pattern here is at risk of being a slightly embarrassing take on an electro beat but is salvaged by the niceness of the snare and the substitution of the kick with a neat tom sound. Similarly, what could be a potentially overwrought or oddly rollicking synth arrangement is salvaged via its tendency to dart to a dark and catchy breakdown when necessary. I think it resolves the mix nicely and makes a good concluding example of what it is I enjoy about this type of music. I find this period and these scenes very fertile ground for both creative and technical observations that I try to take away and use to inform my own work as a producer.