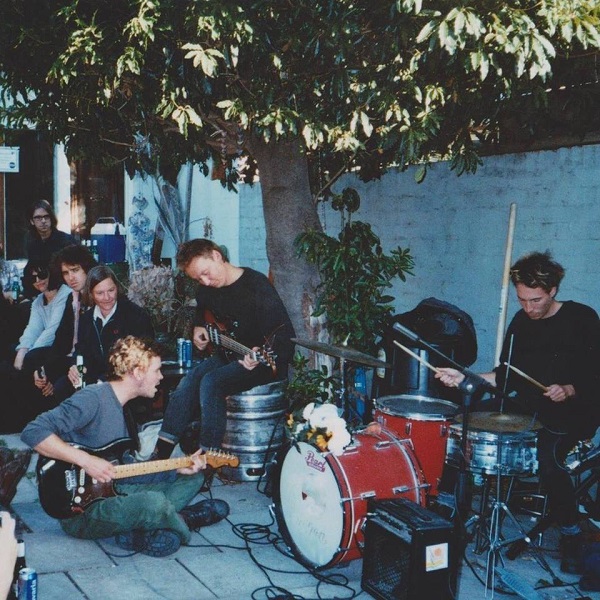 ‘She’s a Mystic’ is the first single of a forthcoming cassette called Centre of Their World from Hobart three piece Treehouse. Everyone I know has been spending their work lunch breaks looking at Hobart real estate and dreaming about getting away to that picturesque but vaguely sinister island. But maybe it isn’t so dreamy – there’s a lot of good loud cranky stuff coming out of Tas at the moment (I’m thinking of Naked here as well). Which, you know, makes it way more interesting.

The song goes for almost six minutes, usually a bad sign in punk music, but the incessant-ness is hypnotic rather than boring, especially with that melodic aching lead guitar driving through the middle. You can’t call things scuzzy any more cuz it makes people think of Dune Rats, but if you could maybe this song would be kinda scuzzy. Singer Callum Cusick is doing some good strangled shouting, like he’s coming apart at the seams. He sounds like he genuinely might feel Bad, and that’s always good listening.

There’s a break in the middle, and then the song amps up a bit, like Cusick wondered out of the room for a beer and came back with more grievances to air and renewed energy to yell. The last minute is especially desperate, and this song is a great example of the power of repetition to build tension. The end isn’t much different from the start, but it feels twice as intense.

There’s no date yet, but expect Centre of Their World out on Vacant Valley sometime soon.