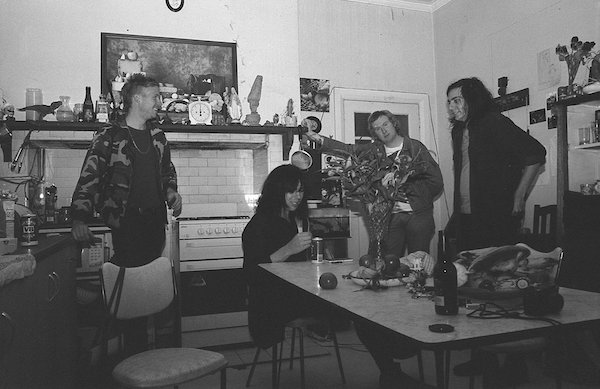 Melbourne four-piece RVG write tightly wound heartbreakers, with characters poised between defiance and despair. On debut single ‘A Quality of Mercy’, frontwoman Romy Vager channels everything from Camus to Television, delivering a sermon from the electric chair. “You can open me up/you can dig forever/you won’t find what you’re looking for,” she sings, quicksilver riffs coiling behind her. “There’s no evil in me”. The climax sounds like a car crash on a rain-soaked highway, with layers of synths, cymbals and blaring horns.

Catch RVG at the Worker’s Club on 30 September supporting Oh Mercy, who’s appearing in a one-time-only line up with members of the Triffids, Laura Jean, Loose Tooth and Dorsal Fins.