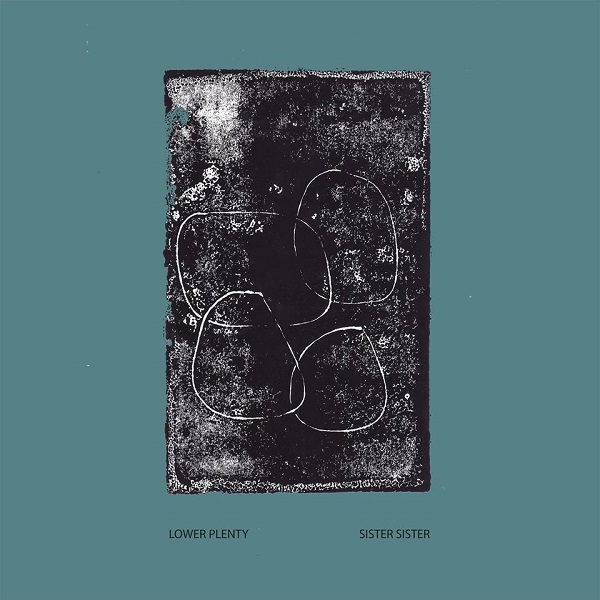 Lower Plenty are my favourite band that I almost forget exist all the time. Except when you occasionally see them pop up in an FB event as second support for some EP launch at a bowls club on a Wednesday or whatever and I shake my fist at the sky shrieking “MELBOOOOOURNE’, then quickly look at flights, then remember that going to rock shows in Melbourne is the easiest way to make me question if living is really all it’s cracked up to be. And then, I don’t know, I cry.

By playing and recording so infrequently, they’ve taken the pressure off and given themselves the room to make music of low-key genius – fans will wait because it’s worth it. Sure the whole ‘recorded-on-one-cold-afternoon-in-a-Collingwood-kitchen, before they got into their Commodores and sped off through the fog in separate directions not to speak for another year’ mythology touted in the press-release (… ok, I made some of that up) for this record does play into certain ideas of what makes music authentic in Australia – but hey, it’s true. They can’t help it if it’s a good story as well.

Maybe because I know that story it’s easy to imagine a kind of coziness and familiarity to this record. Also cause at this point listening to Al Montfort’s voice is like settling in for a few wry, beautiful stories with a mate on the back deck over a – fuck I’m doing the mythologizing now. But if there’s a less trite way to say it I can’t think of it. He always sounds so breezy, which might be kind of difficult when you’ve got something serious to say. But here he pulls it off. The dry melancholy of ‘All the Young Men’ is thick with a resigned hopelessness, and he’s maybe delving a bit into the way we (underground music people/people who wanna be cool generally) glorify irony and a lack of sincerity in ‘Bondi’s Dead’ ‘I was the best at undermining civil unrest / I was the king / of keepin’ it all in’. We’ve probably also got him to thank for the fissures of atonal jazz that pop up through Sister Sister – I haven’t listened to much of the Snake and Friends stuff but from what I understand it’s a bit like that.

Mostly this record still leans more on country and folk styles than the punk and post punk and techno punk of some of the member’s other bands. Though they still manage to subtly unsettle you at every turn with some creepy, occasionally abstract sounds (What is that? A kind of weird sounding flute?). This sense of foreboding is present, too, in the way the olden times Irish folk singer prettiness of Hayward’s vocals is used in songs like ‘So It Goes’ with its chugging, ominous percussion and ‘Ravesh’, which sounds like confidently striding into insanity, all imagery and symbols and looming saxophone circling like a vulture overhead.

The contrast between Hayward’s vocals and Jensen Tjhung’s is interesting– they’re archetypal feminine and masculine, spectral beauty and down-to earth gravelly earnestness, but all the wistful sentimentality comes from Tjhung’s songs. Montfort’s and Hayward’s duet ‘Shades of Lawn’ feels romantic but the lyrics are someone who’s had it up to here; ‘You wouldn’t be grinnin’ / if you weren’t winnin’ / take that smile off your face / get your shit out of the place’. Hayward’s song are the freakiest, like ‘Ravesh’ or closer ‘Treehouse’ with its thin spooky violin or the taunting of ‘On Off On Off’.

There’s balance in everything Lower Plenty do – they can delve into dark areas but keep everything moving forward, touching on sadness but never dragging you through it. I think they pretty much perfectly captured it on the title track of their last record Life / Thrills when Tjhungs sings ‘What have I got? Heaps. / What have I lost? Heaps.’ That’s the line I think about when I think about Lower Plenty, the clear eyed self-knowledge, the willingness to sacrifice and move on. It’s what makes remembering them every couple of years such a delight, and means we’ll continue to wait as long as it takes every time.

Sister Sister is out on Bedroom Suck for you to purchase and enjoy now.