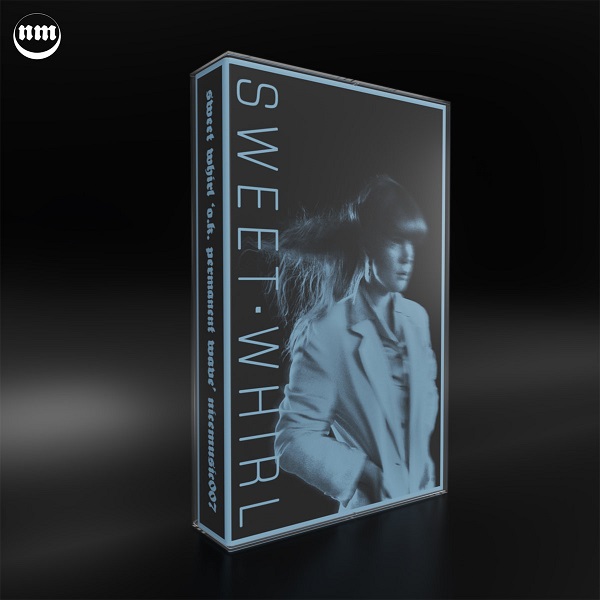 The first time I listened to this tape my friend played it to me and I had to resist the urge to tell him to shut the fuck up multiple times over the next 40-odd minutes. O.K. Permanent Wave is one of the most solitary records I’ve ever listened to. It’s not lonely, the alone-ness is just a fact to be explored and examined, not judged. But that does make it weird to listen to with anyone else around. Hearing these songs is a deeply private experience.

Sweet Whirl is the solo work of Esther Edquist, vocalist and keyboardist of Superstar, but you won’t find much of the sunniness of that band’s floaty long-afternoon guitar music here. Edquist uses just her voice, an evocative electric bass sound that takes root deep down in your body, and occasional atmospheric recordings and room sound to create quiet, moving intimacy.

Gently clouded in echo, Edquist’s voice has a smoky impenetrability that’s kind of like Cat Power, and a bit of the understated sensuality of some of the more low-key parts of PJ Harvey’s Stories From the City… This might not be music for fucking but it could be music for thinking about making love. It’s obviously a total cop out to compare any female artist to such obvious touchstones but there’s something so serious and immediately classic about this record, and Edquist’s confident position in the centre of it, that it feels fitting to me anyway.

Individually the songs are hard to get a hold of, structures are suggestions to be considered, verses slip and slide past each other with rare repetition. The kind of thing that encourages total immersion rather than deconstruction or any kind of critical thinking. But I grab snatches of detached lyrics that hit home like the spectoral advice given in Girl, U or Magic Realness. These are stories told with the benefit of hindsight – she knows what can go wrong because she’s lived it. But we’re really the ones who benefit, from this beautiful bummer of a record.

O.K Permanent Wave came out as part of a series of 6 tapes from Melbourne label Nice Music (still working my way through them but I can tell you Various Asses’ tape is just as mad and cool as I thought it would be).