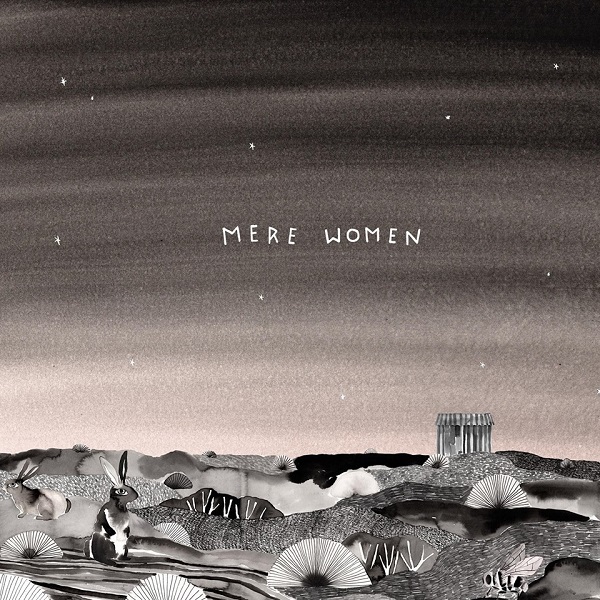 If there was any justice in the world Mere Women would be like, as huge as Smith Street Band but with the critical respect of like, Total Control. I reckon they could have been The Jezabels three years ago if your average Triple J listener liked things that are good instead of things that are bad. I reckon they’re so amazing.

It’s hard to overstate how important Mere Women’s  last record Your Town was to me in 2014 as a hyper-dramatic, desperate 21 year old. To hear something with so much fire and fury and power in its naked desire. Made me feel more and more terrifically crazy at the same time. Three years later and there’s another Mere Women album. And it sounds a bit different. And for one second I felt that knee jerk reaction to whine ‘oh but I liked it befooooore’. But just for one second, because Big Skies delivers something broader in scope and sound, that still crackles with the same intense dis-ease as the best of anything they’ve done before.

There’s less of those catch-in-your-throat, defiant guitar melodies that cut all other post-punk aping guitar bands into ribbons. But you already knew they could do that. Did you know they could write huge-sounding rock songs with depth and texture that still sound whip-sharp and lean? Or two in a row, like they’ve given us in ‘Birthday’ and ‘Big Skies’?

The three elements that have always made up the base of their sound remain unchanged; the interplay between strident, aching vocals, white-hot guitar and powerful, eccentrically technical drumming. There’s just more and more sound filling up the space, rounding everything out and making it something less easy to categorise.

‘Drive’, with it’s ‘I give up I give up / pick me up pick me up’ crazed muttering repetition brings some of their old recklessness and desperation. The vocals, roll over each other, the changes in pace and melody building to tense frantic verses into choruses that almost give the closure of a huge release but hold something just back. There’s a lot of disparate, busy and fast-moving parts across this record that could have made a mess out of lesser songwriters. Instead it all sounds – not easy, there’s nothing really easy about the sound of this record – but natural. They even made an echoing piano ballad like ‘Curse’ fit in a way that doesn’t feel shoehorned in.

It feels weird to say that this is a darker album than Your Town, because that was some heavy shit. But I think Big Skiesencompasses more than the kind of obsessive love and desire that drove the older record. They’ve combined personal and political into a generalise feeling of discontent, anger and fear. That all this darkness never drags just shows how fucking good these guys are at writing songs – they move with pace and purpose, beautiful and terrible.

Mere Women are playing some shows supporting this record with some real hot shit supports: