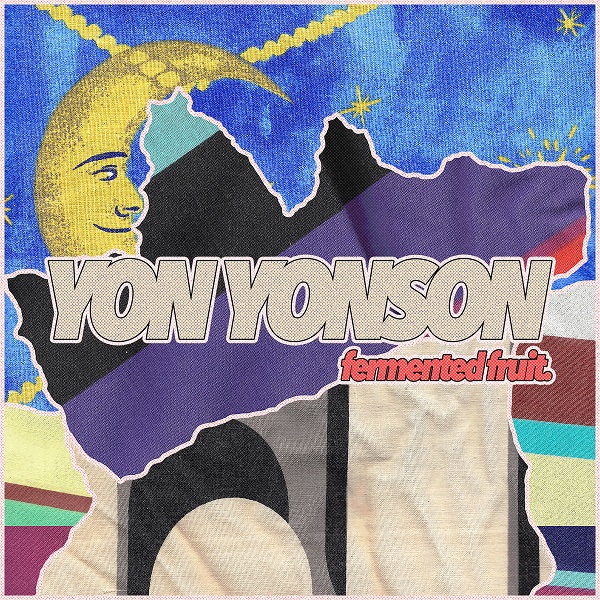 The Yonnies return with their new EP, Fermented Fruit, the follow up to the excellent Yes No Sorry from last year and the surprise 2-tracker, ‘Ten Four/Dolphin’.

The trio’s unique brand of indietronica is as strong as ever, full of sardonic wit and subtle hooks that sneak into your subconscious only to reveal themselves when you unknowingly sing them to yourself in the shower, in the line at the post office (if this is in fact still a viable pursuit), or other such times when your mind is left to wander.

Opener, ‘Noise’, kicks up with some cosmic synth noodling before sliding into a typically bent pop number, the kind we’ve come to expect from the group. This is followed by the single, ‘Cardboard’, a song which relishes the schmaltz taking musical clichés from another time and turning them on their head within a clever indie pop framework. Lyrically, Andrew Kuo is at his candid best with his humorous and poignant commentary on the idiosyncrasies of the human condition.

‘Chinese Whispers’ explores the group’s love of hip hop, a fondness which has borne fruit in the past through collaborations with rap upstart and Yes Rave label head, Simo Soo as well as the surprise guest spot from former Das Racist member Kool A.D. on last year’s ‘Dolphin’.

The EP closes with the psychedelic ‘When I’m Freaking Out’, a song that harks back to older Yon Yonson material, albeit in a more restrained and ultimately successful way. A good example of how the group has matured even in their fairly limited time together.

Fermented Fruit is another notch on the metaphorical belt of this talented crew. Now off to the post office.