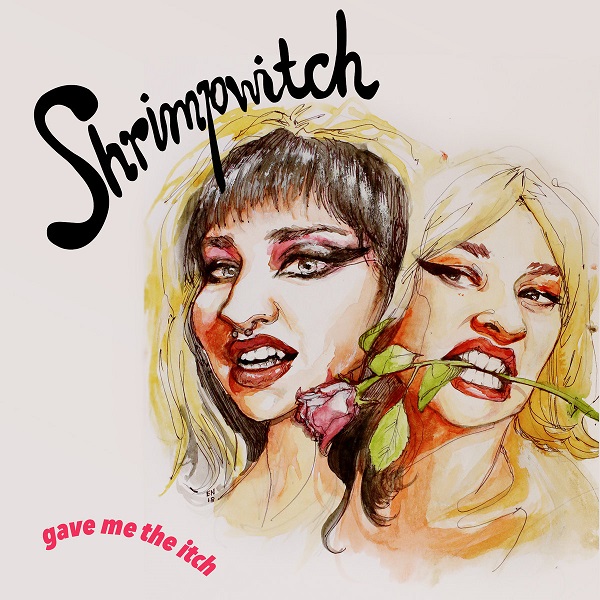 Shrimpwitch are the kind of band I wish I’d found when I was a teen – maybe it wouldn’t have taken me till I was 25 to start playing music. Cuz I don’t remember seeing girls be weird and funny like this, you know, not singing beautifully from behind the piano. These are the kind of heroes we need – ones fighting for a girl’s right to be messy and gross.

Their sound is extremely classic – rock and roll like the ’80s American bands who toured non-stop for twenty years; crusty, street smart, been-there-done-that-fucked-it-off. Surf rock guitar that went for a rollaround in the gutter. But with a thoroughly modern sense of humour, and outrage.

‘Leerers’ is a statement of personal fury that’s relatable to plenty of women, without preaching to the choir. ‘Mystique’ captures the specific kind of madness that comes from trying to maintain a cool and mysterious persona to keep ‘em all interested when you’re actually a leaking sack of blood and tears. They’ve also got that hip ‘trashbag, but make it fashion’ aesthetic, as shown in the very fun clip for ‘Digestion’.

Usually I prefer my rock and roll under two minutes, and songs like ‘Trouble’ and ‘Leerers’ deliver on the FUCK YEAH WE’RE PLAYING AS FAST AS WE CAN energy. But longer songs ‘Sever’ and ‘Digestion’ show enough of their more structured song writing skills to make it worth it. I like the messy, live-ish sound of the record in general, but sometimes I wish I could hear the vocals better, only cuz the lyrics that you do pick up are so good.

Considering how much energy and fun they’ve managed to pack into these ten songs, I can only imagine Shrimpwitch absolutely go off live. If you’re in Melbourne they’re playing a launch on January 19. But to paraphrase one hundred Shakira video commenters: COME TO HOBART.