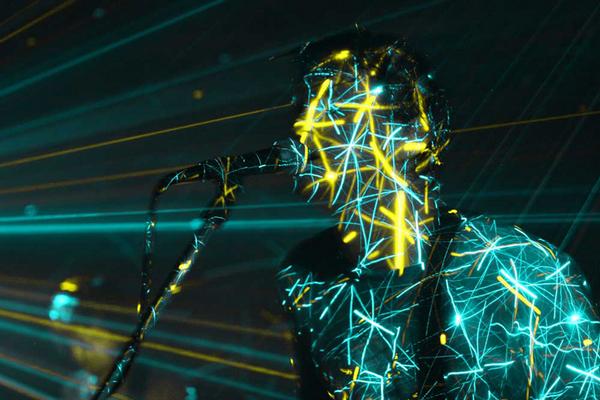 When a band (note: not a DJ) lists a lighting designer/operator as a band member then you know they’re going to be dabbling in some kinda out there shit. Psychedelic. Kaleidoscopic. The kind of stuff you see in old Velvet Underground clips and imagine LSD fueled parties of the late 60s to look like.

Though there are shades of the VU in the monotonous, almost anti-structure of this song, it sounds more like a shoegaze band covering something from the krautrock canon – which, from their list of influences, seems to be exactly what they’re going for. Points for executing your vision, guys. Is it unoriginal  though? Perhaps a touch, but when the synthesis of influences is this tight then who cares.

I concede that ‘Scopin’ The Radar’ won’t be for everyone – it’s long and repetitive, but I found it definitely worked its way under my skin. Near unwavering, metronomic drums plod along beneath chugging guitars and other sorts of squall and reversed noises. Perhaps a good reference point is to imagine a drawn out version of those transitional songs on Cut Copy’s ‘In Ghost Colours’ – but with vocals. If you like that album but skip those tracks then you’ll probably really enjoy this song for about two minutes and be bored for the next five. Even the detractors will find something to like, though – it’s got style, that’s for sure. And as for substance, well, maybe taking some substances yourself…