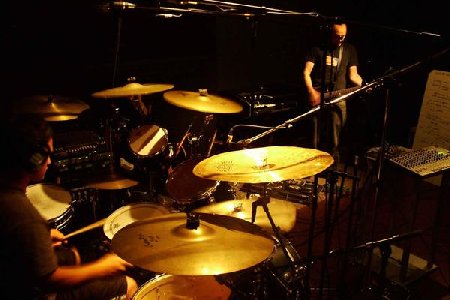 Though we claim to be all about “New Australian Music”, sometimes the rule wanes somewhat and we slip in the occasional band from our Trans-Tasman brethren, New Zealand.  Case in point: Jakob.

Regular visitors to this site have probably caught onto my penchant for dark, moody instrumental rock.  It’s a classification than Jakob, who originate from Napier, slot into perfectly.  Their dirge rock leanings and amorphous song structures bring to mind similar bands such as Isis and Pelican, and indeed the band are supporting Isis in Auckland on February 10.  Although what sets them aside from the aforementioned bands is that Jakob focus extensively on the atmospheric elements of their music, and their heavier sections aren’t as heavy metal based as what other similar bands are: even when the distortion pedal is switched on, Jakob still work in the realm of soundscapes and atmospheric darkness.

2006 saw the release of Solace, their third album (having released two previous albums – Subsets of Sets & Cale:Drew – since their 1998 inception).  It’s an excellent album that encapsulates all the elements of this great band.  They made it to Australia for a brief tour in November, so hopefully they’ll be back sometime soon.