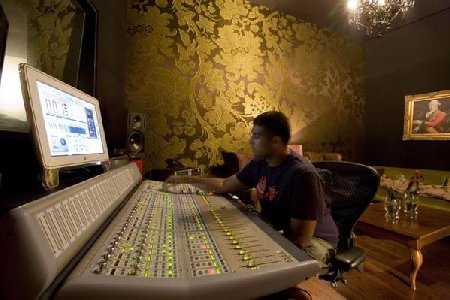 Everyone loves a thumping bootleg mashup, and they don’t get much better, or illegal, than Tiptronik’s reworking of the M.I.A track ‘Uraqt’.  Rumour is M.I.A’s camp may be suing the Sydney duo because of this track.  So, in protest, we’re going to spread the love, exclusively on this blog!

So who are Tiptronik?  Well aside from being one of the most-hyped new acts on the Sydney electronic scene, they actually have a fairly well-known past.  Seshan Moodley makes up one half of the duo: he was a one-time member of rap/metal outfit Parkside Killers who supported Ice-T and The Beastie Boys.  The other 50% of Tiptronik is Ramesh Sathiah, who aside from being creative director at Song Zu also has a history in composition and production, having produced Grinspoon’s first EP.

They’ve got a tonne of experience behind them, and they’re set to be the next big thing in the Sydney electro scene.  Check out their MySpace site for some more original material: you can get theirs track ‘Crash and Burn (nodoze)’ and ‘Away’ on iTunes but no doubt they’ll be an album sometime soon.  They’re also working on a track with Grinspoon vocalist Phil Jamieson too.  They’re making their liive debut in March so make sure you keep an eye and ear out for them.