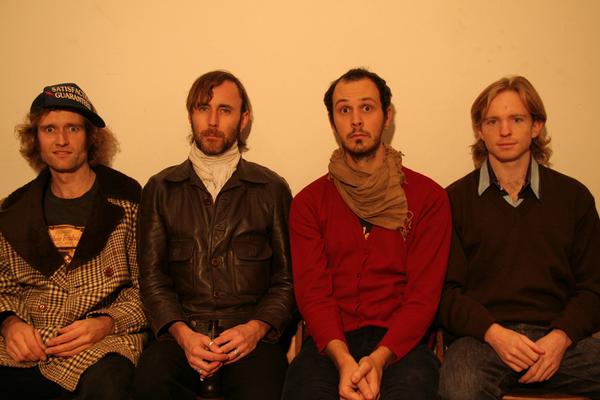 The Paper Scissors have been around for a while, but 2009 has been particularly active. The ‘Howl’ EP, national tours, securing a a slot at Falls, and now the ‘T-T-Time’ single.

‘T-T-Time’ is light, short, and vibrant, bounding about on the back of some great drumming and affected vocal stutters. You could imagine Hungry Kids of Hungary or someone of that ilk putting out a smoother version of this song. ‘T-T-Time’ is better than most of that clean indie pop because because of its ‘rock’ moments, combining rough, guitar-heavy passages with bouncing melodies, handclaps and fun backing vocals (the intentionally-droll “ba-da-ba-da-ba” that repeats throughout). There’s a touch of twee to proceedings, and it’s the heavier parts of the arrangement that keep things in balance.

This recording is brimming with energy and ‘T-T-Time’ largely succeeds because of the great performance they managed to capture.