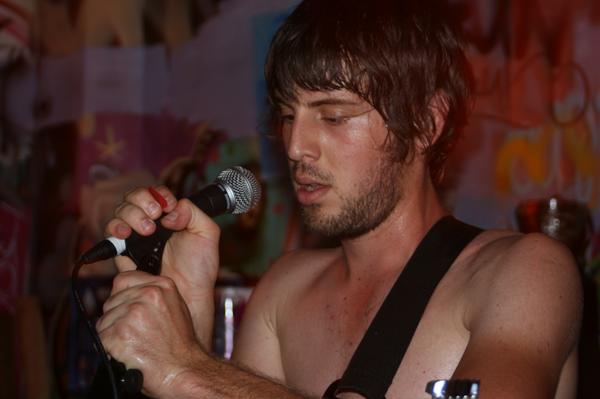 This was one of those songs by dudes I knew nothing about. I was just chilling, doing some work with our SoundCloud account playing in the background and then BOOM. Joseph Liddy drops. Crunchy blues-punk guitar riffs leading into Liddy’s gruff howl. ‘Talking Humidity Blues’ is sloppy, lo-fi blues-punk the way it should be.

Yes, THAT Middle East that plays every Australian festival and played SXSW and Coachella and has a shitload of blog buzz. The line-up isn’t identical, but it consists of the two lead singers and the banjo player. The big difference here is that whereas Jordan Ireland and Rohan Jones takes lead vox many a-Middle East track, this project is all about Joseph ‘Liddy’ Ireland tearing up the microphone.

Sometimes The Middle East are so quiet you can barely hear them. Joseph Liddy and The Skeleton Horse sound nothing like The Middle East, but they are pretty fucking awesome and likely to generate some buzz of their own.