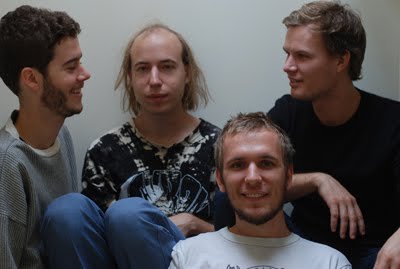 Seagull made turned some heads with their first album, Goodbye Weather, winning a slot at Falls via Triple J Unearthed and garnering positive reviews. At the time of its recording, Seagull was the solo project of Christopher Bolton, which has expanded to a four piece including his brother Edward, Michael Zulick, and Kishore Ryan – yes, that same Kishore Ryan that already hits the skins for Kid Sam and Otouto (dude is fkn busy). Their new album, Council Tree, is it out on July 23rd via Two Bright Lakes and features all four members doing their proverbial “thang” over Bolton’s minimalist folk.

Above is ‘Grandmother,’ the first track released from the album. It sounds exactly how I imagined it – in a good way. It retains the same directness and sense of atmosphere that tracks like ‘Dust Storm’ from the first album had, but with a few embellishments poking in at the edges. Very cool.