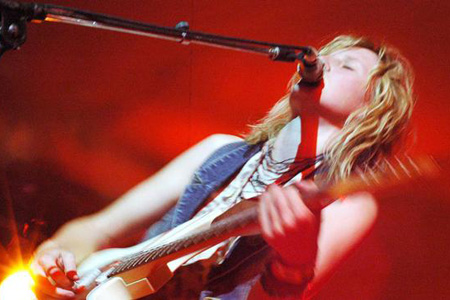 Mia Dyson – ‘I Meant Something To You Once’

Australia’s very own travelling blues muso have released three albums so far, the latest of which is Struck Down. She’s currently touring the world to promote this release, but I want to blog this particular song because in my recent mulling of past relationships, this one makes a pretty good soundtrack.

I suppose watching Annie Hall for the 20th time will get anyone in this mood, but even though I know what I feel and how to deal with it, blues can always say it better. It doesn’t even have to be exact, I definitely never had anyone similar to the object of loss in the song but that is just minor detail. The important part is always the chorus, the big hook line, when delivered right it will hit straight inside and stir shit up. The flood of images conjured to my head is heavy and slow everything down. Good song.