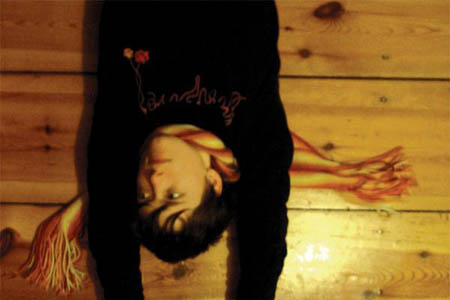 A friend of mine described Kat Frankie to me as “sounding like angry lesbian music”. Kat definitely echoes the sounds of the 90’s alternative female rockers like Cat Power, Kristen Hersh and Ani DiFranco – but her voice reminds me a lot of Wendy Matthews. Have a listen to ‘The Day You Went Away’ here and tell me what you think.

Though she’s spent most of her life in Sydney, her music career began when she went to the creative hub of the Earth, Berlin. This is where she recorded her debut record, Pocketknife which was released only recently. She’ll get lumped into the folk genre, only because of her use of acoustic guitar, but its as folk as PJ Harvey is. Kat’s tunes are dark and fiesty and though I haven’t heard much of the record, I’m digging ‘Serves You Right For Using Violence’.