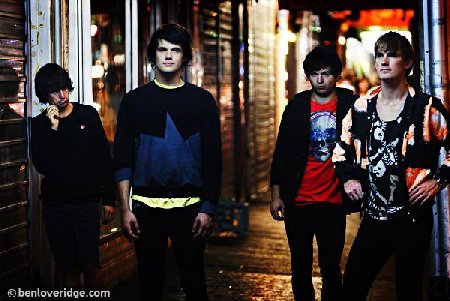 Australian bands have a fascination with the Eighties. Whether it’s the nasal snark of electro, or the dark echoes of post-punk – and occasionally the fashion sense – Aussie musos love to delve back into the era of big hair and power ballads.

Melbourne’s Dardanelles are no exception. Taking lead from bands of that era like The Cure (particularly Disintegration / Pornography era), Joy Division and artists of that ilk, they’ve built themselves up quite a following here with their combination of reverb-heavy guitars, baritone vocals and driving rhythms. .

Mirror Mirror is their debut record, recorded by acclaimed producer Pauk “Woody” Annison who’s produced, amongst others, Sydney act Red Riders’ debut record Replica Replica. Aside from similarities in album titles, their sounds both hark back to the post-punk / new-wave movement of the late 70s/early 80s, however Dardanelles throw in the extra element of keys which adds a serene ambience to a number of their tunes.

I didn’t think I’d like this album, because I’ve pretty much missed the whole punk revivalist movement, but this is rather cool.