I have been posting on WTH for 2 years so for my 50th post I thought I’d share my top 5 gigs over that time. Thanks for getting out and seeing live music, it’s a joy to cover for you. 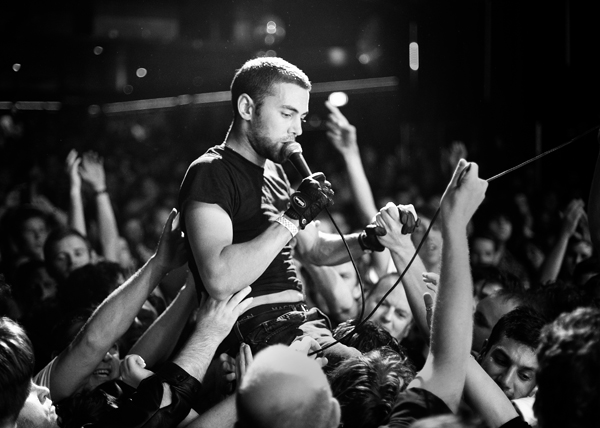 Let’s kick off with Brendan Suppression riding the crowd during an Eddie current suppression ring gig at Billboard on the 18 December 2009. It was so damn hot that night, I thought I was gonna pass out. I couldn’t find my way out when trying to leave and had to have a bouncer walk me out as I was so freakin delirious. These guys sent the crowd into a frenzy and to get this shot I jumped up onto the stage and faced back into the crowd. I wouldn’t advise doing that but at the time it felt right and I’m pretty happy with this picture. 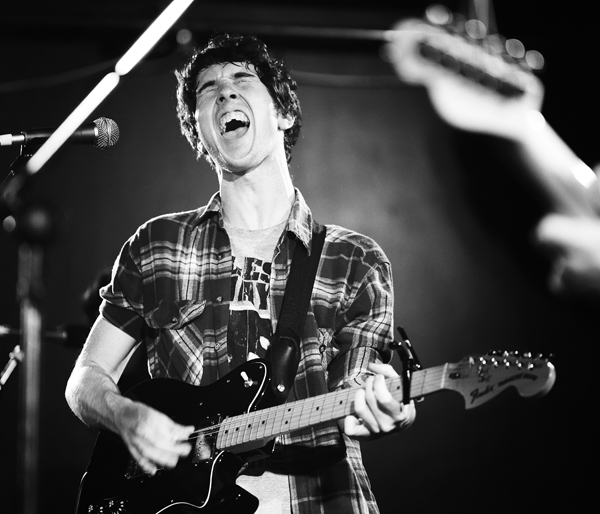 This shot is of Tim Jenkins of Parades and I think it’s fair to say he was in the moment. Parades were a pretty nice surprise for me as I had not heard any of their music prior to this gig at the East Brunswick Club 4 May 2010. From the get go I was hooked into the melody and their energy on stage was intoxicating; these guys were young and having loads of fun. I really enjoy shooting at the EBC as there is plenty of light and a wide stage to shoot back across to get a clear frame like this – signature EBC photography. 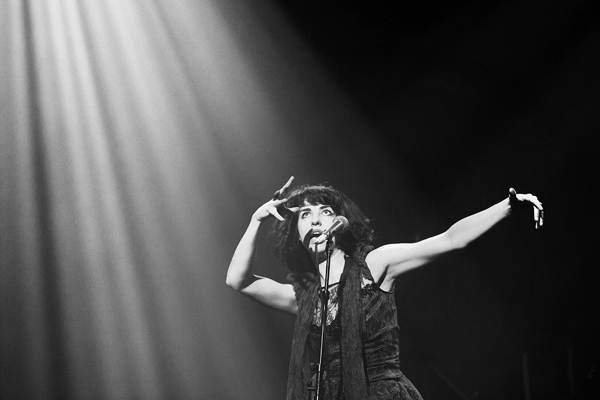 Before Kimbra did that catchy tune with that guy who’s gonna win all the ARIA’s she supported Little Red at the Forum on the 29 Oct 2010. Whoah… hot damn! I was so impressed by her voice and presence on stage that I considered going home after. It was a real shame for Sparkadia and Little Red as those guys seemed dull compared with the sparkle of this glamorous diva. Her very photogenic posing with full stage lights made the hardest part choosing which image to post. 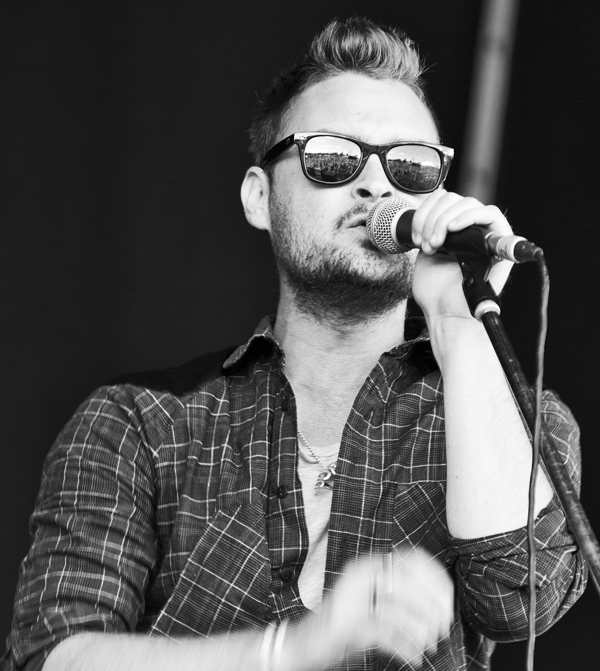 I love festivals and Good Vibes on the 4 Feb 2011 was a great summer day that kicked off with Melbourne band Strange Talk. These guys have picked up on the popularity of dance/rock or indie/electro as the critics prefer but for me it is simply feel good tunes. Strange Talk had the kids dancing before anyone was peaking and during the self-conscious opening slot in the middle of the day. I really enjoyed shooting Strange Talk plus a crowd reflection in sunglasses is photo gold! Expect to see more of these guys during the summer. 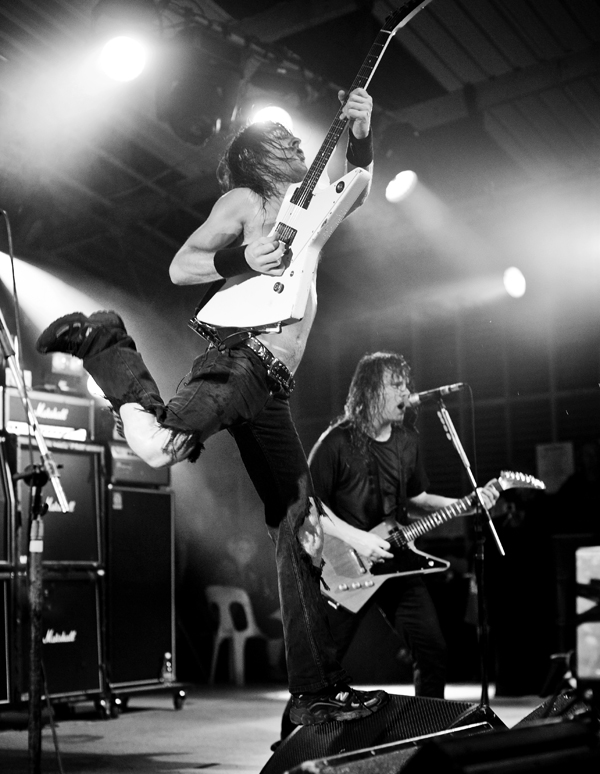 As for the camping festivals, I’d recommend Tassie Falls as my fav but on the mainland, Golden Plains in March takes the cake. This may come as a shock to cool indie folks but Airbourne were probably one of the most exciting acts at this years Golden Plains. The very hip Wavves was so lazy and boring compared to the riot these guys brought for 45 minutes of musical mayhem. I loved everything about this set – the sneakers with torn jeans and no t-shirts. The beer blasts and crazy nonsense screaming at the crowd. The shit load of marshal amps and the guitarists running back and forth across the stage like lunatics. Airbourne played their guts out and everyone that let themselves enjoy it, did so with a huge grin.