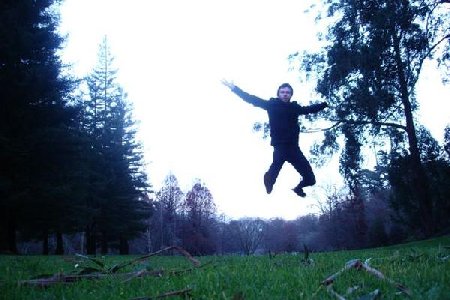 Liam Finn – ‘Gather To The Chapel’

The fact that Liam Finn looks like Michael J Fox from Teen Wolf may help hide the family resemblance, but his lineage is given away in the first line of ‘Gather to the Chapel’ (“Your photo hung over the altar“). Those unmistakable tones and harmonies can only come from the Finns. Yes, Liam Finn is the son of one of our generation’s greatest songwriters, Neil Finn.

Originally making a name for himself in the rocking Betchadupa, Liam’s now stepping out on his own with his debut solo record I’ll Be Lightning in which the multi-talented Finn played every instrument! He’s definitely inherited some of his old man’s skill, and maybe more. His music is like mixing ’90s indie bands with Beatles song structures and harmonies. It has a folk-rock aesthetic but he builds upon it with some imaginative instrumentation.