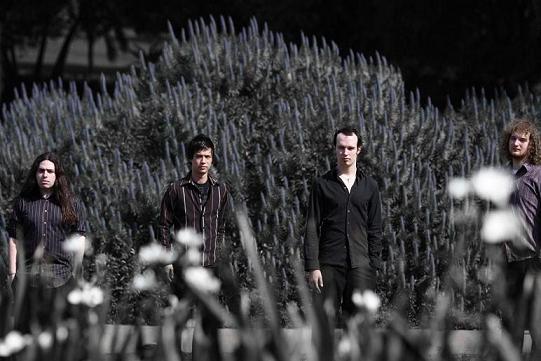 Now I’m not going to lie and say I’m the authority on the post-rock scene. But what I can say is sleepmakeswaves are the first of the aforementioned genre that you can actually listen to in one sitting without being bored out of your brain. Essentially, this band makes music for your head – a slow burning, hard-hitting fix for musos and nuevos alike. The great thing about post-rock stuff is that you’re likely to hear intricate guitar playing, crunching power chord blasts and swooning synths all in the space of about thirty seconds.

The trick with making these transitions effective is turning on the power at the right time, and making sure it’s switched to overdrive. SMW sounds like what would happen if Jeff Buckley never sang on his records; full of emotion and featuring many different sections that somehow fuse together to make a perfect whole. They’re already quite well known in the underground scene, having released their first EP at the end of last year and playing a whole host of shows with similar bands like Laura and Meniscus. Listen out for the metal riffage around the 1’38” mark, it’s to die for…