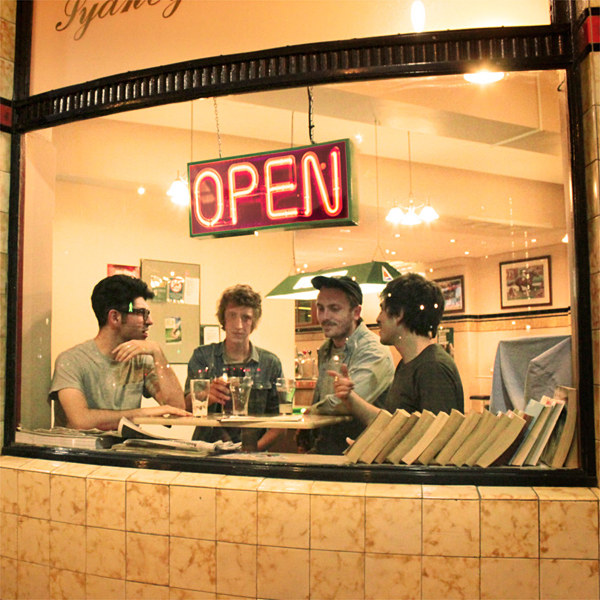 “Things couldn’t be better, yeah things have turned around. He’ll never be ‘Down And Out‘ again”. Nice uplifting track from the Camperdown & Out. It seems Sydney is a thriving musical gold-mine at the moment and this is a taste of the magic that is being pulled off. Haha pulled off… that reminds me of the press release I received, telling of the bromance that Nathan Roche (Marf Loth), Alex Kiers (Raw Prawn), David Akerman (Dead Farmers) and Chris Shortt (Royal Headache) blossomed in bars and Italian restaurants when they formed Camperdown & Out. This is a damn fine sounding single, from a debut record that is to be released early 2013, so hopefully we’ll see a few shows before then.