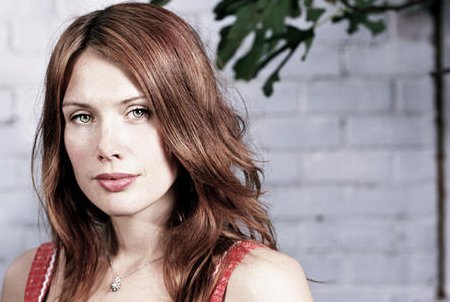 There’s an abundance of folk-inspired music around at the moment, but Melbourne singer-songwriter Clare Bowditch manages to do it a little differently.  At their core, her songs are folk, but she layers them with such wonderful instrumentation, courtesy of her backing band The Feeding Set, which includes a couple of well-known Australian indie musicians such as Marty Brown from Art of Fighting & Sodastream, and J. Walker of Machine Translations (although he’s not officially a Feeding Set man).

I wasn’t sold on her when I first heard her tunes, but she soon won me over with her fantastic vocal ability and her wonderful lyrical strength.  In the vein of classic songwriters such as Bob Dylan, Joni Mitchell and even modern-day writers such as Adam Duritz and Ryan Adams, she tells great stories that engage the listener, with just the right amount of Australiana.  Clare’s released two albums with The Feeding Set, Autumn Bone and What Was Left (I own the latter of the albums).  She’s completely independent, but with the help of government funding, Clare has been able to get her music out to the masses, and do so quite successfully.

It’s been a little while between records – What Was Left came out almost a year ago – so Clare is currently in the alchemy chamber with her band brewing up a new batch of songs.  So I thought I’d grab a track from her latest release, an interesting number called ‘Divorcee by 23’.

Clare Bowditch and the Feeding Set – ‘Divorcee by 23’