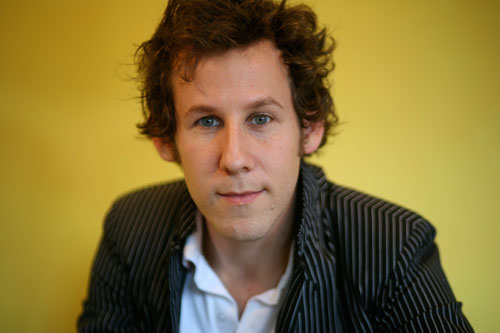 Figured I’d get this one up quickly.

So, new Ben Lee. It seems like this guy hasn’t taken a break in the last four years.

His latest song, ‘Yoko Ono,’ is from his upcoming album The Rebirth of Venus (released Feb 7th) and continues Lee’s obsession with straight-forward pop songs filled with rolling, unassuming hooks. Acoustic guitars, quirky lyrics, and a double-tracked chorus keep this song within the sweet-pop aesthetics he’s mastered with ‘Catch My Disease’ et al.

Though perhaps not as successful as some previous outings, ‘Yoko Ono’ still sees Lee continue to strive for the perfect pop song he’s been trying to write for on his past three albums. He’s come pretty close before. Maybe there’ll be a revelation somewhere on the album. ‘Yoko Ono’ may not be it, but it’s still likely to be as contagious as previous outings.