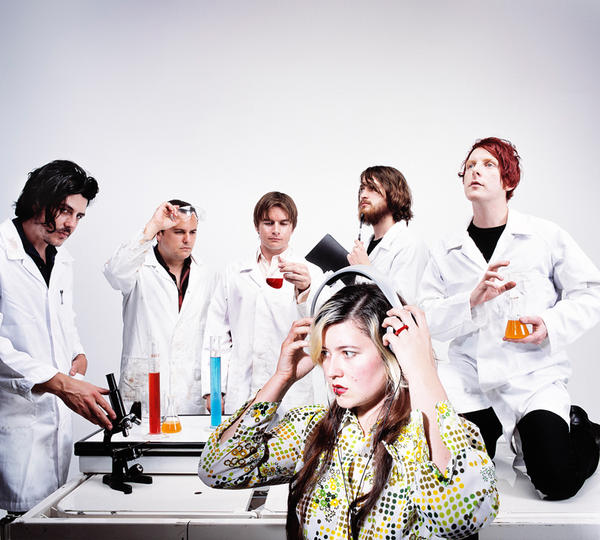 The Devoted Few – ‘Don’t Listen To Us’

When not touring as Sarah Blasko’s guitarist, Ben Fletcher likes to pay some attention to his other band, The Devoted Few. Their latest offering is ‘Baby, You’re A Vampire’ and it was released this month through Inertia. I haven’t heard it mentioned around the virtual watercoolers too much so perhaps it slid by under the radar but it’s worth seeking out.

Don’t Listen To Us isn’t the strongest track on the album but it is definitely the most immediate and exciting. Like the album title, it’s a little bit dark, a little bit rock’n’roll and a little bit sexy. With the hypnotic hi-hats boosted high in the mix,  a fuzzed out bass line over a pounding backbeat and a wash of reverbed guitar distortion filling the negative space, the track is a great piece of well-produced indie rock with a dance-inspired rhythm section.

Although slightly stylistically removed from the rest their oeuvre, which leans more toward quirky pop, Don’t Listen To Us has all the makings of a killer lead single from a band whose depths extend beyond the merely immediately-gratifying. I’m still listening to the album as a whole but it’s definitely a grower.