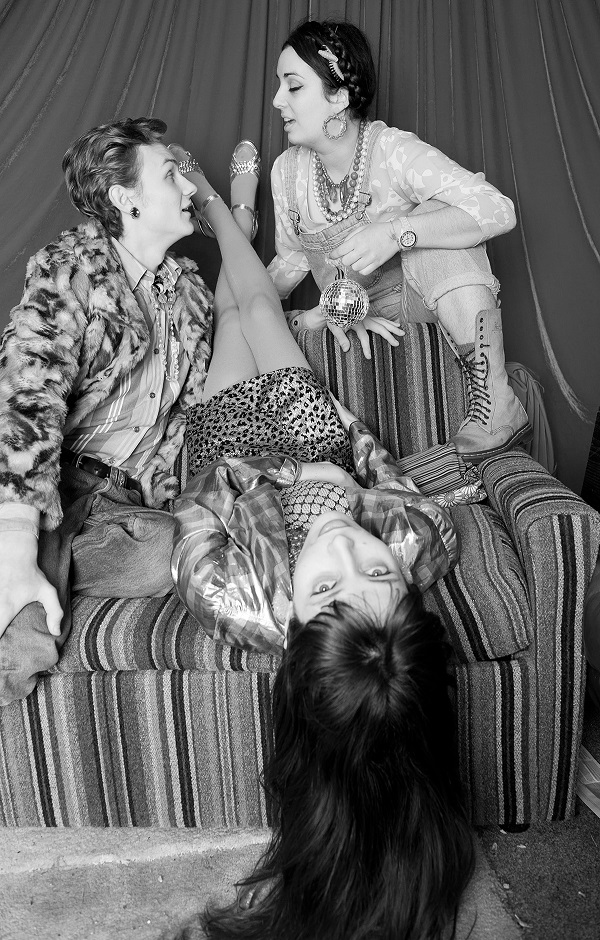 I’m kinda jealous of the teenage girls who get to see bands like Hi-Tec Emotions in their first gig experiences. To hear a woman be unapologetic about their fears and desires and doubts is powerful. You know, instead of a bunch of dudes singing about how they’re too fucked up to feel love or whatever.

I wish I’d got to hear something like the desperate power of ‘Tears of Love’, or the raucously demanding ‘Look Around’, the first track and early single from their new record Hard to Handle, that kicks you straight into the deep end. That song, in tandem with ‘Beyond the Depths’s radical declaration ’I feel desire / and I want the power’, makes as commanding a statement of intent as you’ll hear. To admit want, or worse, need, as a woman is still something that makes people uncomfortable – but Hi-Tec Emotions do it with such stark clarity and power that you feel like it doesn’t have to be like that.

The music is all about maximum impact – the drums stripped back and frantic, bass nipping at the heels of the rhythm urging you to keep up, new-wave keys careen under Ema Dunstan’s ever-soaring vocals.

I wanna say it gets slightly heavy-handed with lines like ‘And I dream of a world where I can say / all the things I ever felt without debate’ and a couple of the more misty-eyed later tracks. But do I just feel that way cuz I’ve become allergic to sincerity? Because hearing this kind of bald-faced acknowledgment of inequality is still rare in the music I regularly listen to, so it makes me feel weird? Probably.

With Hard to Handle, Hi-Tec Emotions have made something that is utterly convincing in its outrage – the kind of thing I could see people fighting to the front row at shows to belt out those powerfully empathetic choruses as close to the band they can get. And, on top of all of that, a very fun record.

Hard to Handle is out on Listen Records this Friday November 4, when they’ll be launching it at The Tote with Spike Fuck (!!!!), Cable Ties and Suss Cunts. Go have a big shout.