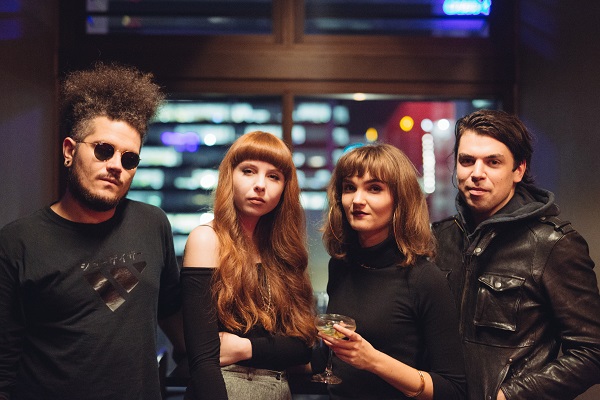 Making a video for Petrichor’, Brisbane band Forevr’s first single as a four-piece, must have been a bit intimidating. The song itself has all the unpredictably energy of an electrical storm – how do you match those drums pulsing up from a thousand miles under the earth, then attacking skittishly from all sides? How do you make images that stand up to the precision and detail of the sound, the weirdness and the deep grounding emotion?

Using moody wafts of slow-moving smoke, deeply unsettling Claymation, and 3D diamonds shattering across the matrix,video director/editor/clay enthusiast Josh Watson (responsible for Blank Realm’s ‘Reach You On The Phone’ video, among others) has gone with vibe over plot. Though there’s still an overriding theme – a sense of being out of place, of trying to get back to the familiar, but every way you turn there’s something more strange and frightening. With fleshy molded flower petals opening and closing like mouths in silent desperation as Sam George-Allen coos ‘make your bed / where you call home’, the animation turns the natural into the perverse, but in a way that draws you in.

The 3D adds a more lighthearted future-from-the-90s tone – shit, there’s a lot going on here. Impeccably timed fast cuts fusing together the sound and image, and making sure there’s always something new to see.

Forevr are currently working on two releases, which will be out later in the year.